Home » Articles » Are we finally waking up to the population implosion?

A recent report in the Lancet spelled out in detail the alarming fall in fertility across the world. Demographic car crashes happen in slow motion and it has been known for years that countries such as Japan, Germany and Italy are about to enter population free-fall. 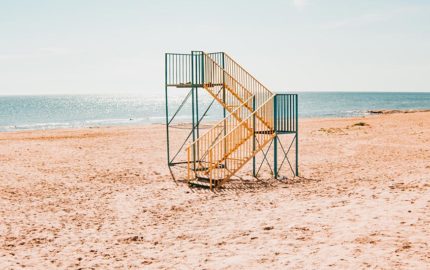 This article was originally published in the Catholic Herald Chapter House section: https://catholicherald.co.uk/chapter-house and is reprinted with kind permission.

We are used to being told that higher populations are harmful. The refrain “more mouths to feed” is often repeated. But, when populations grow, there are also more hands and more brains. And, despite the rapid growth in population in the 20th century, global poverty has reduced dramatically.

In 1981, the world population was 4.5 billion. At that time 1.9 billion people lived in extreme poverty without enough for the basics of life. By 2015, the world population was 7.4 billion and the number of people living in poverty had fallen to 700 million. But perhaps the most startling fact is that the number of people the planet supported above the poverty line increased from 2.6 billion to 6.7 billion between 1981 and 2015. This figure has continued to rise.

Populous nations have been able to emerge from poverty thanks not least to the size of their population and the talents of their people. – Pope Benedict XVI

It is also the case that, for the first time in modern economic history, global inequality is reducing rapidly. One major reason for this is that developed countries, with their ageing and declining populations, are stagnating whilst poorer countries with younger populations are growing rapidly as their workforce expands.

People often look at the social problems in cities in poorer countries and blame this on over-crowding and growing populations. The reality is different. People are more productive in cities which are melting pots of trade, exchange, entrepreneurship and ideas. People move to cities in order to better themselves. Only 6 per cent of people in India who live in big cities are poor whereas 27 per cent of Indians living in small villages are poor.

These issues were addressed directly by Pope Benedict XVI in Caritas in Veritate (44) when he stated: “Populous nations have been able to emerge from poverty thanks not least to the size of their population and the talents of their people.” He also noted: “On the other hand, formerly prosperous nations are presently passing through a phase of uncertainty and in some cases decline, precisely because of their falling birth rates.”

Not only does a growing population have many upsides, our shrinking population is a looming disaster, exacerbated by the movement of responsibility for welfare from the family to the state. In the past, families, mutual welfare organisations, saving and insurance provided for the needs of old age. But, in the post-war generation, when populations were much younger, we built systems of so-called social insurance based on the principle that each generation received pensions and care paid for by the taxes of the following working generation. As longevity has increased and the birth rate fallen, these systems are proving unsustainable. This is one reason why there is dis-satisfaction in so many countries as tax rates in countries such as the UK reach record levels and yet there is a perception of austerity or that government-funded services are being squeezed.

Interestingly, pensions researcher Oskari Juurikkala, who is now a Catholic priest in Finland, in a book published in 2008, showed that there was a great deal of evidence that suggested that these social insurance systems were the cause of declining fertility. The higher taxes necessary to pay for such schemes make it more difficult for families to sacrifice an income to have more children. Furthermore, that crucial bond of inter-dependency within the family is lost if the state provides income and care for us in old age: we do not need to have children to care for us in later life and the temptations to have fewer children to avoid the immediate costs become greater.

Of course, family structures are not simply determined by economic considerations. However, the state should not be artificially loading the dice in favour of smaller families.

There are social problems caused by the fall in fertility too. Among elderly men living alone in Japan, already 15 per cent speak to one person or fewer every fortnight, whilst nearly one-third feel they have no “reliable persons” they can turn to for simple help.

Writers such as Philip Collins in The Times and, for that matter, many economists, have suggested that we should address the low birth rate by providing state childcare to reduce the costs of having children. In other words, having nationalised the pension system, they argue that we should respond to the problems this has caused by nationalising the upbringing of children.

Suffice to say, this is not where Catholic social teaching should be taking us. Too often, when we try to provide help to families in the most direct way – as the designers of our social insurance systems genuinely tried to do – the unforeseen and long-term consequences are highly damaging to that institution which is the bedrock of society.