Sometimes – it looks as if we are gradually emerging from the pandemic, leaving the worst behind us. But then there are probably times when even over the past few months most of us have felt hugely disorientated, lying awake wondering where will we be in six months, a year, ten years from now?

Some would say that the National Insurance hike of 1.25% for each of employers and employees, Boris Johnson seems to have all but erased the (already thin-wearing) conservative ideology found within the Conservative party. However, there are some broader debates that we should be having that do not cross party lines.

The UK system of health provision is unusual. Our death rate from Covid is also unusual. It is widely reported that our figure for deaths per million of population is one of the highest in the developed world. We could look at this figure and put the blame in all sorts of places. If only we had tightened borders more quickly, we would have had fewer cases, and fewer deaths; if only we imposed lockdown more quickly; if only we had a population more willing to comply with the state’s desire to track and trace us; if only we were on two islands 2,500 miles from the next nearest large country; and so on…

There is a temptation to play down those aspects of Rerum novarum which related to private property. This encyclical was really about labour, it is argued. Or it is suggested that the right to property is only a secondary right subject to the universal destination of goods and therefore not important. Still others say it was an encyclical that, in this respect, reflected its time – a period when the Church’s property was under attack from extreme socialists.

As 2020 ended Pope Francis’s Fratelli tutti called with passion for the world to discover the energy to rediscover ‘lost dreams’. Building on his experience in Buenos Aires and his creation of a Pontifical Commission for Latin America to bring that region into the heart of the Roman Curia, he specifically suggested that a symbol of such a dream was a ‘patria grande’. The idea of ‘patria grande’, of course, has a long history in the Americas: part rallying cry of Simon Bolivar, part lament at the division of what had been ‘Spanish America’ and part radical social and economic project. Like many visions at scale it is fed by multiple sources.

Finance and banking are institutions heavily associated in most people’s minds with modernity and the development of modern economies. While there is a certain truth to that, in the sense that the scale and reach of such institutions accelerated in the nineteenth century, it disguises the fact that most of the tools, methods and institutions associated with modern finance attained their mature form in the Catholic world of mediaeval Europe.

In his recent encyclical, Fratelli Tutti, Pope Francis was reported to be highly critical of market economics and there was a strong press response on this issue. This post argues that there is much more to the encyclical than the short sections on economics. At the same time, there is much more to the arguments for market economies than the encyclical gave credit for. This post was first published in The Tablet and is reproduced with kind permission.

AJP Taylor wrote in his Oxford History of England:

Until August 1914 a sensible, law-abiding Englishman could pass through life and hardly notice the existence of the state beyond the post office and the policeman…He could travel abroad or leave his country forever without a passport or any sort of official permission. He could exchange his money without restriction or limit. He could buy goods from any country in the world on the same terms as he bought goods at home. For that matter a foreigner could spend his life in the country without permit and without informing the police…All this was changed by the impact of the Great War…The state established a hold over its citizens which though relaxed in peace time, was never to be removed and which the Second World War was again to increase. The history of the English people and the English State merged for the first time. 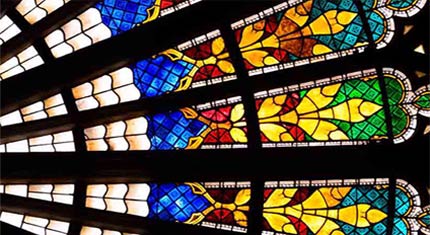