In this post, Maria Power of the Las Casas Institute for Social Justice, University of Oxford, looks at the conflict in Northern Ireland through the lens of Catholic social teaching, drawing on the important research in her new book Catholic Social Teaching and Theologies of Peace: Cardinal Cahal Daly and the Pursuit of the Peaceable Kingdom, available from Routledge. 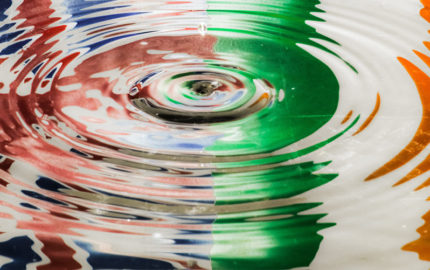 When the troubles in Northern Ireland erupted in 1968, the British Government and the press initially thought it was a conflict about religion. As the Home Office (the department responsible for Northern Ireland) scrambled to develop a response to the civil unrest sweeping the region, legislation based upon the 1968 Race Relations Act was passed to outlaw religious discrimination, and Cardinal William Conway was asked by the Home Secretary, James Callaghan, to ‘sell’ the policies to the Catholic community. But such behaviour and attitudes were wrong on two counts. First, the conflict in Northern Ireland was not about religion, rather it was caused by structural injustice which manifested itself as religious discrimination. Second, the role of Catholic Church leaders is not to act as salesmen for government policy, their role is to preach the Gospel and the Magisterium in a manner that will empower the laity to act on the problems facing society. As one of the major texts of the Second Vatican Council, Gaudium et Spes teaches:

“the Church has always had the duty of scrutinizing the signs of the times and of interpreting them in the light of the Gospel. Thus, in language intelligible to each generation, she can respond to the perennial questions which men ask about this present life and the life to come, and about the relationship of the one to the other. We must therefore recognize and understand the world in which we live, its explanations, its longings, and its often dramatic characteristics. (§4)”

The duty of the leaders of the Catholic Church in Northern Ireland then was clear: they needed to discern the underlying causes of the conflict and start to offer solutions created through dialogue with the laity. The response needed to be ecclesiological rather than political. In short, Catholic social teaching needed to be placed in context.

Unionists and Nationalists in Northern Ireland had been guilty of the same fault as Zealots, Pharisees, and Herodians: they had put their allegiance to the group above God, allowing their lives to be ordered by nationalistic ideologies rather than by the Gospels…

For the accomplishment of such a task we often have to rely upon individuals rather than collective action by the local bishops’ conference. Examples of such individuals include St Óscar Romero in El Salvador and Archbishop Denis Hurley in South Africa. In promulgating Fratelli Tutti Pope Francis has acted in the same spirit. In Northern Ireland, this task fell to bishop-theologian, Cardinal Cahal Daly, the only member of the Irish Bishops’ Conference to have served throughout the entire conflict. Born in Armagh in 1917, Daly had direct experience of the effects of conflict when his family was burnt out of their home by the IRA during the Irish Revolution in 1920. He later went on to become Bishop William Philbin’s peritus at the Second Vatican Council, and it was this role, alongside his experiences of ministering to communities blighted by violence, that led him to become a prophetic voice during the troubles. Through his sermons, publications, and speeches, Daly sought to bring the wisdom of Catholic social teaching to bear upon the situation in the region, and in doing so created a series of contextual teachings designed to inspire people to work for the peace defined by Jesus in the Sermon on the Mount. Very little escaped Daly’s attention, he wrote on prison reform, housing, the nature of the economy, the behaviour and responsibilities of employers and workers, policing, the IRA’s misuse of just war doctrine, and the task facing politicians. But given Pope Francis’s recent teachings on aggressive nationalism and populism, Daly’s reflections on attitudes to the state are a useful illustration of his work.

The Second Vatican Council summoned Catholics to a renewal of politics. As Gaudium et Spes put it ‘Let all Christians appreciate their special and personal vocation in the political community. This vocation requires that they give conspicuous example of devotion to the sense of duty and of service to the advancement of the common good.’ (§74) In the context of Northern Ireland, this was an urgent task and Daly wanted Christians to redefine their attitude to the state itself. His teaching on this matter was based upon Jesus’s command to ‘Give to the emperor the things that are the emperor’s, and to God the things that are God’s.’ (Mark 12:17) Daly’s use of this particular passage to illustrate and explain his teachings on the proper relationship of the Christian to the state demonstrates his desire to contextualise and translate the teachings of the Catholic Church for Northern Ireland.

The question put to Jesus by the Pharisees and Herodians, ‘is it lawful to pay taxes to the emperor, or not?’ (Mark 12:14) was loaded. It demonstrated an allegiance to group and identity that placed ideology above fidelity to God. Daly states that in his reply ‘Jesus…transcends the whole discussion, raising it to a higher plane.’ Although there has been some debate as to Jesus’s revolutionary intentions, in his reply He did not seek to replace one government with another, rather He ‘wanted a change that would affect every department of life and that would reach down to the most basic assumptions of Jew and Roman.’

“…Let God be God not the party nor the nation, not the race nor the class, not the system nor the slogan, not the Revolution nor the Constitution…”

Here, the particular relevance of this Gospel passage for Northern Ireland becomes evident. Unionists and Nationalists in Northern Ireland had been guilty of the same fault as Zealots, Pharisees, and Herodians: they had put their allegiance to the group above God, allowing their lives to be ordered by nationalistic ideologies rather than by the Gospels: ‘The Nation and the Cause become self-justifying sources of moral value, superseding the ten commandments’. In doing so, Unionists and Nationalists had contributed to the creation of the conflict. Instead, Daly told them that they should: ‘Let God be God not the party nor the nation, not the race nor the class, not the system nor the slogan, not the Revolution nor the Constitution.’ In re-developing their relationship to the state, Daly was asking the laity to regain control of their political ideology and seek to employ it to realise the Kingdom of God because ‘it is in the Lord that we find our strength and not in any political tradition.’ A new Christian attitude to politics had to emerge; one which was imbued with compassion and love for everyone rather than just the in-group.

Catholic social teaching then offers us a vision. It does not however offer us a roadmap or a tidy list of actions that we need to take in order to create a society worthy of Christ’s sacrifice on the cross for us. Rather it is a starting point from which to develop solutions to the problems facing our society. It requires that we develop a deep understanding of the issues preventing human flourishing through dialogue with others, especially those with whom we disagree, and constant reflection upon the signs of the times. Undertaken in the spirit of fraternal love or agape recently described by Francis, this can lead to change, but such a process requires patience and a realisation that we may not live to reap the rewards of our work.

Photo by Jordan McDonald on Unsplash