Finance and banking are institutions heavily associated in most people’s minds with modernity and the development of modern economies. While there is a certain truth to that, in the sense that the scale and reach of such institutions accelerated in the nineteenth century, it disguises the fact that most of the tools, methods and institutions associated with modern finance attained their mature form in the Catholic world of mediaeval Europe. 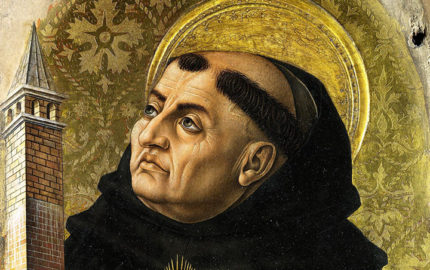 Much of this was a result of debates about the issue of usury that pre-occupied many Catholic theologians and canonists throughout the mediaeval and early modern periods. The intensity of that analysis, however, owed something to the fact that Western Europe underwent, during the same period, what the mediaeval historian Robert Lopez has called the “commercial revolution”. Population growth and technological innovations led to more intensive farming, which produced more products, industry, trade, and, most importantly, surplus capital: capital that could be mobilised for investment and which could help move society beyond subsistence economies.

During this period, everyone believed that usury qua usury was sinful. In 1179, the Third Lateran Council condemned what it called “notorious usurers”, ordering them to make restitution (Lateran III 1179: Canon 25). The question, however, that Christians found themselves asking was: “What is usury?”. Saint Bernardine of Sienna argued, for instance, that “all usury is profit, but not all profit is usury”. Reflecting upon the definition of usury was an invitation to make intellectual distinctions, but in ways that maintained Christianity’s condemnation of usury.

St. Bernardine, for example, stated: “Money has not only the character of money, but it has beyond this a productive character which we commonly call capital”. Bernardine’s underscoring of the difference between money-as-money and money-as-capital opened up the possibility of distinguishing between loans of money for the purposes of consumption and loans of capital in the context of societies that invested in capital and experienced economic growth.

It was, however, the greatest mediaeval theologian, Thomas Aquinas, who made some of the most decisive contributions to developing Christian teaching on finance. Aquinas invested considerable effort in examining how one determined the justice of a given commercial transaction, how one measured the value of a good, and what constituted a just price.

It was, however, the greatest mediaeval theologian, Thomas Aquinas, who made some of the most decisive contributions to developing Christian teaching on finance. Aquinas invested considerable effort in examining how one determined the justice of a given commercial transaction, how one measured the value of a good, and what constituted a just price. Inevitably Aquinas came face to face with the question of what, if anything, can legitimately be charged for the use of my money. Aquinas identified two titles external to the loan itself that justified a return to the lender that exceeded the principal. John Finnis summarises Aquinas’s titles in the following way:

(1) Share of profits in joint enterprises. If I “lend” my money to a merchant or craftsman on the basis that we are in partnership [societas]…so that I am to share in any overall losses or profits, my entitlement to my dividend of the profits (as well as to the return of my capital if its value has not been lost by the joint enterprise) is just and appropriate.

(2) Recompense or indemnity [interesse] for losses. In making any loan I can levy a charge on the borrower in order to compensate me for whatever expenses I have outlaid or losses I have incurred by making the loan. And the terms of a loan can include a fee or charge which is payable if you fail to repay the principal on time, and is sufficient to compensate me for the losses I am liable to incur if the principal is not repaid on time.

The most striking feature of Aquinas’s two titles for justly recovering something beyond the principal is its compatibility with the development of a market in loans of money at a market rate of interest. How is this so? John Finnis explains this in the following way:

With the development of a genuine investment market, in which stocks and shares…are traded alongside bonds…, it become possible to identify a rate of interest on bonds and other loans which compensates lenders for what they are reasonably presumed to have lost by making the loan rather than investing their money, for profit, in shares. Indeed, an efficient market will tend to identify this indemnifying rate of interest automatically.

Many scholastic theologians quickly saw that a foregone gain could be an actual loss when people are living in an economy in which opportunities for gain are part of everyday life.

In light of these insights, Catholic theologians and canonists identified four legitimate grounds for charging interest:

In all these cases, it remained wrong to charge interest on a loan by virtue of the act making of the loan as such. This, however, was compatible with maintaining that moneylenders could fairly charge interest for other factors. These included risk of non-payment, probable inflation, taxes, the costs incurred in making and administering the loan, and the forgoing of other legitimate uses to which the money could have been put. Hence it was with little difficulty that the last ecumenical council in the West before the Reformation, the Fifth Lateran Council (1512–1517), could define usury as “nothing else than gain or profit drawn from the use of a thing that is by its nature sterile, a profit acquired without labor, costs, or risk”. Not only did these words imply that money was not always sterile; they also underscored the insight that risk, labour and costs provided a basis for receiving back more than the principal.

Without these insights, prosperous economies that include a financial sector serving the real economy and providing important services such as insurances to provide for life’s contingencies and misfortunes could not easily have developed.