Home » Articles » Competition and co-operation – they are not alternatives 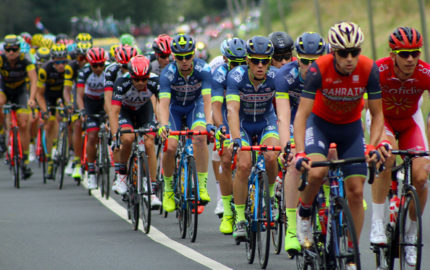 In a competition that is like an athletics race, there is only one winner. Everybody is working as an individual to beat the others involved in the race. This scenario does not reflect the true meaning of competition. We get slightly closer if we consider a team sports competition. Anybody who has played any team sports will be aware that an incredibly high degree of co-operation is necessary between the members of the team and the off-field staff to be successful. Real Madrid did not beat Liverpool this week without the highest levels of such co-operation.

But the extended economic order takes us a step further. Whilst businesses do become bankrupt, there is not an “economic race” between businesses. Typically, those businesses that produce the best products in the best ways do gain an advantage. But other businesses then copy them. There is no analogy with the football match. Nobody blows a whistle at 3pm, tells businesses to start selling the products and those that sell the least do not get paid. There is a continual striving by businesses to discover their customers’ needs and the best way to provide for them. Those that do so will profit the most. Meanwhile, other businesses, seeing what works best, will copy innovative techniques. The failure of some businesses is inevitable. We cannot predict in advance what consumers want and we cannot always predict in advance the best ways to organise our businesses. Competition is a process of discovery. There isn’t only one winner, but some do fail.

The alternatives to competition are twofold. We can have co-operation between competitors to produce cartels and monopolies which is widely regarded as a form of economic co-operation that is undesirable. Or we can have central planning which is impossible to envisage without coercion. Coercion is not quite the opposite of co-operation, but it is close to it.

The alternatives to competition are twofold. We can have co-operation between competitors to produce cartels and monopolies which is widely regarded as a form of economic co-operation that is undesirable. Or we can have central planning which is impossible to envisage without coercion. Coercion is not quite the opposite of co-operation, but it is close to it.

On the other hand, at the heart of the process of competition is co-operation. Indeed, in a very real way, the purpose of the process of competition is to find the best forms of co-operation. Think about the extraordinary networks of co-operation involved in shopping for salad items in a supermarket. The supermarket businesses is a co-operative effort between management, the rest of the workforce and the providers of capital. The retail firms co-operate with their suppliers. And customers co-operate with the supermarket. Those retailers who treat the customers or suppliers badly or suffer from infighting amongst the workforce or owners will not thrive. There is more on all this below from Pope Pius XII.

What has this got to do with Catholic social teaching?

“It is his [man’s] disciplined work in close collaboration with others that makes possible the creation of ever more extensive working communities which can be relied upon to transform man’s natural and human environments…The modern business economy has positive aspects. Its basis is human freedom exercised in the economic field, just as it is exercised in many other fields.”

The words missed out in the quotation above are: “Important virtues are involved in this process, such as diligence, industriousness, prudence in undertaking reasonable risks, reliability and fidelity in interpersonal relationships, as well as courage in carrying out decisions which are difficult and painful but necessary, both for the overall working of a business and in meeting possible set-backs”. If we did not face the risk of failure in business – or in life in general – we would probably succumb to the vice of sloth.

These tell us that businesses must be run in a virtuous way. We know that human nature will fail. However, we should not assume that, if we do not have a business economy, the virtues that John Paul II demands will be more evident in economic life. Many states have taken the route of central planning and were at first greatly admired by supporters of “co-operation not competition” and they have ended up in the worst form of “dog-eat-dog” conflict because resources are allocated through the political system in which destructive forms of competition are at their height. Perhaps Venezuela is the most tragic recent example.

The importance of co-operation between workers and owners is stressed throughout Catholic social teaching. This comes through, for example, in strong support for unions. However, these should be unions based on representation and constructive engagement, as well as welfare provision for workers, and should not be based on class conflict.

Perhaps this is all best summed up if we understand the etymology of the word competition. Competition means “to strive together for”. That is what happens in a well-ordered economy. Businesses strive achieve their aims. They do this internally, they strive together with their customers and they strive together with others in their supply chains – and often with other businesses in the pursuit of shared objectives. In so far as human nature is tarnished, the business economy will be tarnished, but we do not overcome the problems with human nature by rejecting a business economy that is based on both competition and co-operation.

There is a remarkably good summary of all this in the address of Pope Pius XII to the Third International Congress on the Distribution of Food Products in 1956: http://m.vatican.va/content/pius-xii/en/speeches/1956/documents/hf_p-xii_spe_19560622_prodotti-alimentari.html Pope Pius said:

“It seems that one idea which was vigorously stressed at the time of your congress at Ostend is reappearing with still greater clarity, namely, the necessity of constantly increasing co-operation among the different groups working in distribution – that is, between producers and distributors, between wholesalers and retailers, and among retailers themselves.

The wholesaler, conscious of his function, is mindful today of the retailer’s interests as well as of his own. He helps them by all the means at his disposal: advice, information, technical support, financial credit, and publicity…The idea of competition tends to lose its derogatory sense – that of opposition and more or less damaging struggle – and retains only the positive and, moreover, indispensable aspect of rivalry. In many respects the interests of retailers coincide, and the establishment of shopping centres, which permit joint action for the increase of sales and the organisation of collective services, furnishes a demonstration of this. But this modem method of food distribution will require the cooperation of the customer himself. Self-service, already very popular in the United States, especially in the supermarkets, which are now being introduced to Rome in an interesting venture – invites the consumer to play a more active part and thus save himself some of the price of the merchandise. It naturally follows that this accentuation of the principle of cooperation supposes a corresponding strengthening of the moral sense and responsibility of each individual…Suspect or fraudulent practices must be eliminated without hesitation. The given word must be scrupulously kept. Men must also be able to rid themselves of those prejudices which hinder unduly the establishment of more reasonable, more economical methods. Open-mindedness, a taste for the calculated risk, solicitude for the common good, even if individual interests must suffer a little at first, and perfect honesty: all these qualities of a good merchant have now, more than ever, a rightful claim on you, and are clearly prime factors of success.”