It is sometimes tempting to think of Catholic social teaching as being based in political philosophy, informed, of course, by aspects of theology, whilst forgetting the transcendental aspects of our faith. We cannot, though, divorce any aspect of Christian endeavour from our understanding of God, the Christian mysteries and the incarnation. This includes consideration of the social teaching of the Church. However dark some aspects of the world are today, a light shines in the darkness! In that context, I thought that Fr. William Massie’s sermon at Christmas was an appropriate post on this blog. Fr. William is Catholic Chaplain at the University of Hull. 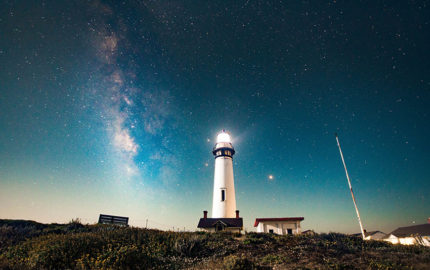 At Christmas, everyone gets to hear those words which were once heard at every Mass (from the Prologue of St John’s gospel): “The Light shineth in darkness. And the darkness did not comprehend it.”

For those with an interest in words, ‘comprehend’ is the Douai-Rheims translation for the Latin ‘comprehenderunt’. It is sometimes changed to ‘overcome’. But, really it is ‘seize’: “The darkness could not seize the Light.”

That is realistic, I think. For in 2020 there have been many times when ‘darkness’ has threatened to seize the light and extinguish it. For many, Covid has been a wearying nightmare. For some it has been a tragedy. For doctors and nurses it has been a grim slog. And there has been tragedy within the Church. Bizarre financial scandals in the Vatican and more sexual scandals relating to priests – and cover-ups. We have been seized by ‘darkness’ on all sides.

Let us think about those areas of darkness in our lives over the past months: sadnesses, anxieties, losses, grief – and sins; and bring them to the Light which is Christ, coming shortly in this Mass; and let Christ the Light seize them.

Except that in truth, there is nothing new here. Disease and sin are ‘variants’ or ‘mutations’ of Original Sin. They are all aspects of the very ‘darkness’ that Christ our Light came to dispel.

Sometimes, during this year, it has felt so frustrating: an evil emerges, threatening to extinguish lives and the Church chose to close its doors (it was told to do so by the state and did so). People put their faith in science, medicine and a vaccine. But there is no vaccine against the ‘darkness’ which only Christ can dispel.

And so we need to ponder the Truth of Christmas. Christians of a more Christian age pondered Christmas very deeply – for example, the Church Fathers and mediaeval theologians. What is God’s response to the frail, sinful flesh of us humans? He embraces it in the ‘Christmas Revolution’. ‘Incarnation’ means ‘en-fleshing’. God has taken on a human soul and a human body. This was such a revolutionary idea when Christianity broke onto the world stage. The Greeks and Romans didn’t like the human body. They disrespected it with all sorts of evils such as abortion and infanticide. Even the great Plato saw a child as an inferior being to be classed with slaves and beasts! These attitudes only changed as the Roman Empire became Christian. Why? Because God has embraced frail human flesh in the Incarnation.

And this is not all there is to say about the Christmas Revolution. God not only embraces human flesh in the Incarnation: He means to raise it to heaven, to re-create it, to divinise it, to raise each of us in every single fibre of our body and soul (which has no fibres!) to glory with Him. An ancient Christian prayer expresses this through the image of the giving of presents. Do we fear being given something by someone, more expensive than we’ve given them? Well, it’s already happened:

O wonderful exchange:
The Creator of mankind
Accepting from us a living body…
Has given us his deity, in abundance!

This work of God, his embracing of us, his divinising of us will have to go on even after the vaccine! For evil and darkness will continue to exist through death and sin.

Of course, this Christmas Revolution goes on throughout the year – this work of incarnation. It’s a work worked through the Liturgy, especially the Mass where God ‘seizes’ upon matter and turns it into food for us, for our healing and divinisation. The closing of churches and locking away of the Mass was not the right response, though in time we seem to have made things right.

Let us think about those areas of darkness in our lives over the past months: sadnesses, anxieties, losses, grief – and sins; and bring them to the Light which is Christ, coming shortly in this Mass; and let Christ the Light seize them.

Photo by Allen Cai on Unsplash

Social care – a lesson in fraternity

Covid-19: the importance for body and soul of getting back to work
ShareTweet
Subscribe