Home » Articles » Economists can join the brotherhood too

In his recent encyclical, Fratelli Tutti, Pope Francis was reported to be highly critical of market economics and there was a strong press response on this issue. This post argues that there is much more to the encyclical than the short sections on economics. At the same time, there is much more to the arguments for market economies than the encyclical gave credit for. This post was first published in The Tablet and is reproduced with kind permission. 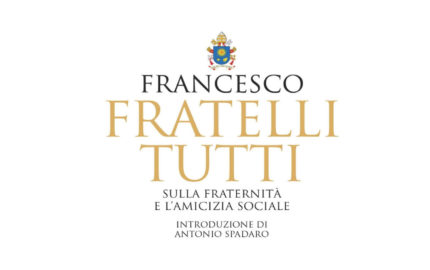 According to much of the journalistic commentary, Pope Francis has just issued an encyclical on economics. Reuters, the New York Post, MSN…, the list goes on, all have similar headlines along the lines of: “Pope says trickle-down policies fail society” or “Pope says free market has failed in the pandemic”. Some of the headlines are true but lack any context. Others are just lazy.

Pope Francis did write: “the pandemic has shown that not everything can be solved by market freedom”. Even the most ardent supporter of markets would agree with that. It may well be the case that societies with well-functioning markets, such as those in Europe, are dealing with the pandemic better than those that do not have well-functioning markets, such as those in South America or India. Nevertheless, this does not mean that everything can be solved by markets. Pope Benedict XVI stated in Deus Caritas Est that even the most just society requires charity. Similarly, a vanishingly small proportion of supporters of a market economy do not believe that a market economy needs charity, fraternity and a rightly-ordered state.

In many ways, the encyclical outlines those attitudes, cultures and institutions that are needed to complement markets so that economic life and all other aspects of our life can be ordered towards promoting the common good. Business is a noble vocation, Pope Francis reminds us. However, it is not the only vocation.

But to focus on what Fratelli Tutti had to say about markets, or even economics more widely, would be to miss the point of the letter. The encyclical is longer than the gospels of St. Matthew and St. John combined at 43,000 words and has about 100 words to say on free markets.

Indeed, by caricaturing the encyclical as an attack on the market economy, journalists have fallen into the very trap that the encyclical implores people to avoid. Much of the press commentary is hyperbole and conveys information without wisdom. And, as Francis pointed out: “the media’s noisy potpourri of facts and opinions is often an obstacle to dialogue”.

In many ways, the encyclical outlines those attitudes, cultures and institutions that are needed to complement markets so that economic life and all other aspects of our life can be ordered towards promoting the common good. Business is a noble vocation, Pope Francis reminds us. However, it is not the only vocation.

Much of the encyclical is built round the parable of the Good Samaritan which shows how we have to be intimately involved with those in need in order to give help. Giving money is necessary and may often be the right thing to do – especially for those who have plenty. But we must truly involve ourselves with the lives of those in need if we are to obtain real fulfilment. The Pope explains how we must act at the most concrete and local levels and then work with others so that our fraternity radiates outwards to the ends of the earth.

The encyclical also criticised, as Francis does continually, the corruption of political systems which enriches politicians and undermines the common good. Related to this was a renewed call for human rights to be recognised on a global scale. This means, of course, that we have to recognise the rights of migrants whilst working to avoid the injustices that cause many to migrate in the first place. But, most of all, the political sphere should be a place of encounter and not be focused on immediate interests. It must promote the common good, now and in the future.

Interestingly, supporters of a market economy often argue that political control of economic life leads to the enrichment of vested interests and a focus on the short term – the build-up of government debt being one obvious example. And this takes us back to the question of Pope Francis and free markets. Is there room for more dialogue on the role of markets in promoting the common good?

When an economist believes that a manufacturer in a country that practises protectionism should be able to export to Britain without paying a bribe or buying an export licence, this is not “trickle down” but mutual enrichment. And it leads to fulfilling and better paid jobs in poorer countries. This is, I would argue, why global inequality has been falling in recent years for the first time in modern history.

In Centesimus Annus, John Paul II extolled the virtues of a free economy undergirded by the rule of law as well as applauding those countries that took part in the process of economic globalisation. Whilst the vast majority of Fratelli Tutti was about the creation of a better civil and political society, it is true that some of Pope Francis’s statements on markets were dismissive in the extreme.

“The marketplace, by itself, cannot resolve every problem, however much we are asked to believe this dogma of neoliberal faith. Whatever the challenge, this impoverished and repetitive school of thought always offers the same recipes. Neoliberalism simply reproduces itself by resorting to the magic theories of “spillover” or “trickle” – without using the name – as the only solution to societal problems. There is little appreciation of the fact that the alleged “spillover” does not resolve the inequality that gives rise to new forms of violence threatening the fabric of society.”

Oddly, he suggested that certain liberal economic approaches oppose immigration at all costs. Quite simply, such approaches are not liberal!

I spend much of my life working with economists who believe in a market economy. When an economist believes that a manufacturer in a country that practises protectionism should be able to export to Britain without paying a bribe or buying an export licence, this is not “trickle down” but mutual enrichment. And it leads to fulfilling and better paid jobs in poorer countries. This is, I would argue, why global inequality has been falling in recent years for the first time in modern history.

And this is what is very frustrating about these aspects of the document. Francis calls for dialogue and denounces “a strategy of ridicule, suspicion and relentless criticism”. There could be fruitful dialogue on these issues. Whilst the claims of people who strongly support a market economy can be contested, many of them work on problems of exclusion, the schooling of the world’s very poorest people, environmental concerns and local enterprise solutions to desperate poverty. They have much to contribute to dialogue. Such dialogue would be better than attributing to them things that they do not believe.

Indeed, it is only by coming out of ourselves, engaging with others and understanding their position that we can contribute properly to political debate. We must do that in order to understand the position of others – only then can our arguments be effective and win the day.

To some extent, the commentary on Pope Francis’s encyclical has been derailed by the press commentary on just a hundred words or so. That is a pity. It demands a careful read and reflection by all involved in febrile political debate. But I would also ask for a dialogue with those who are working and researching in the field of how markets and enterprise can address the Pope’s greatest concerns.

Five decades on from Populorum Progressio, have we achieved one world?
ShareTweet
Subscribe