Home » Articles » Integral human development - not just about the money

It seems slightly strange to be posting on this blog in the middle (or, perhaps, at the beginning) of a global pandemic and national emergency about a subject which is not coronavirus. All intellectual and political discussion seems to have converged on that subject. Nevertheless, for those interested in other news, views and topical discussion based in Catholic social thought, we shall continue this blog on a range of issues, though next week we shall look at some aspects of the corona virus crisis. 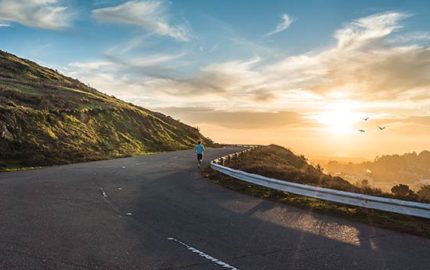 What does the Catholic Church mean by integral human development? The Church has stressed that the characteristics of integral human development are:  that development must be moral; people should not become slaves to consumer goods; people must be free to own property and save; cultural identity and openness to God must be respected; the rights of the person—including young, old and those of all political views—must be respected; and development must also respect the natural world.

This definition of integral human development relates closely to the concept of the “common good” that is at the heart of Catholic social teaching. The common good is not some utilitarian idea by which we try to design society so that overall aggregate happiness is maximised. The common good is not a set of policies that maximises the welfare of the whole society. The common good involves what is common and what is good and involves ensuring that all the conditions exist for human fulfilment.

Put simply, integral human development is a moral concept and not just (indeed, not mainly) an economic concept.

The concept of integral human development was very much a theme of Pope Benedict’s both in his many homilies and also in Caritas in Veritate. Pope Benedict’s writing, however, was pre-figured by John Paul II in his encyclical Solicitudo rei Socialis. Writing about development he said:

“True development cannot consist in the simple accumulation of wealth and in the greater availability of goods and services, if this is gained at the expense of the development of the masses, and without due consideration for the social, cultural and spiritual dimensions of the human being.”

True development, argued Pope Benedict, must not neglect our spiritual side and cannot jettison fundamental natural moral laws such as Christian attitudes towards population control and human life:

“In the present social and cultural context, where there is a widespread tendency to relativize truth, practising charity in truth helps people to understand that adhering to the values of Christianity is not merely useful but essential for building a good society and for true integral human development.”

All papal encyclicals introduce new perspectives, but also build on their predecessors. Pope Francis is especially sceptical of the idea of a focus on material development alone (at least beyond a certain point). In the discussion of the meaning of development in Laudato Si, Pope Francis, makes a lot of points which sum up integral human development quite well.

“Authentic human development has a moral character. It presumes full respect for the human person, but it must also be concerned for the world around us and “take into account the nature of each being and of its mutual connection in an ordered system”.”

In paragraph 46, of Laudato Si, he then says:

“The social dimensions of global change include the effects of technological innovations on employment, social exclusion, an inequitable distribution and consumption of energy and other services, social breakdown, increased violence and a rise in new forms of social aggression, drug trafficking, growing drug use by young people, and the loss of identity. These are signs that the growth of the past two centuries has not always led to an integral development and an improvement in the quality of life. Some of these signs are also symptomatic of real social decline, the silent rupture of the bonds of integration and social cohesion.”

That is quite a list. But it makes clear that integral human development cannot involve violence, the exclusion of certain sectors of society, drug use and other immoral activities, and it must involve strong social bonds – socialisation is an important aspect of development.

Then, quoting  Solicitudo rei Socialis he says: “a type of development which did not respect and promote human rights – personal and social, economic and political, including the rights of nations and of peoples – would not be really worthy of man”. Integral human development involves the respecting of human rights (including personal freedom).

Care for the environment is also an important aspect of integral human development, as pointed out by Pope Francis and his predecessors. As he says in Laudato Si (141): “The protection of the environment is in fact an integral part of the development process and cannot be considered in isolation from it”. Development must be environmentally sustainable partly as a matter of justice between the generations and also because care for creation is one of our duties as created human beings.

Almost every indicator of development has improved more in the last 35 years than in the previous 2000 years put together. This is true of material development as more and more people have moved out of poverty, but also of indicators such as life expectancy, deaths in childbirth, literacy and even a wide range of environmental indicators. However, any discussion of development in a Catholic context cannot stop there. Integral human development also includes morally virtuous living; not being too attached to material goods; economic, religious and civil freedom; not using population control; an absence of violence, drugs, corruption and civil strife; and so on, Put simply, integral human development is a moral concept and not just (indeed, not mainly) an economic concept.

Five decades on from Populorum Progressio, have we achieved one world?
ShareTweet
Subscribe