The provision of public services by the government has always raised concerns about the respect for individual liberty. And in the case of education, this issue gets even more relevant. For being a vehicle of transmission of knowledge, education contributes not only to tackle ignorance and to increase the level of literacy of the population, but also to create and promote a common set of values and behaviour patterns. In this post we analyse the perspective of Catholic social teaching on the provision of education by the government. 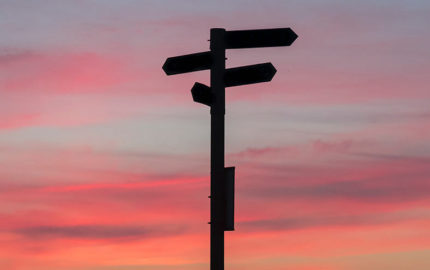 It is precisely because of this later role of education that a wide range of liberal authors have expressed concern about the potential danger of having the provision of educational services exclusively in the hands of governments. One of these authors, Friedrich Hayek, argues that the government should be limited to a role of “dispenser of education”[1], responsible for supervising and protecting the necessary conditions that ensure the free access to education (namely in terms of funding and of respect for the general principles of the rule of law). Any wider or more centralised intervention related to the daily management of educational institutions is to be rejected, because if the government holds the monopoly of provision and management of education there will be an attempt to impose what some dominant group considers to be the only valid and perfect pattern of conduct. With a uniform character, this form of “doctrinaire deliberateness” will conflict with the personal choices of individuals and families as to how live their lives according to their moral beliefs and preferences.

In the body of Catholic Social Teaching, education is considered a universal and inalienable right, understood as a means to “develop harmoniously [children’s] physical, moral and intellectual endowments” (Gravissimum Educationis, 1). Most importantly this development shall be achieved firstly within the family – which is considered “the first school of the social virtues that every society needs” (Gravissimum Educationis, 3) –, where parents are recognised as the primary educators.

From the perspective of Catholic social teaching, schools are seen as “representatives of the human community” and play a very important role in assisting – but not replacing – parents…

From the perspective of Catholic social teaching, schools are seen as “representatives of the human community” and play a very important role in assisting – but not replacing – parents with this noble task. The principle of subsidiarity must be respected and parents should ideally be given the genuine liberty to choose the school and the study plan according to which they want their children to be educated (Gravissimum Educationis, 6), rather than be the passive subjects of decisions by political authorities.

The fact that in the Catechism of the Catholic Church the topic of education is always treated together with the topic of the family also attests for the importance of the family in the provision of education. Indeed, Catholic social teaching firmly and explicitly rejects a government monopoly of education. The family is “the original cell of social life” and shall always be respected and supported by the civil authority. For this reason, it is the duty of the political community to assure the necessary conditions that will allow the family to “have children, and bring them up in keeping with the family’s own moral and religious convictions”, as well as “to profess one’s faith, to hand it on, and raise one’s children in it, with the necessary means and institutions” (Catechism of the Catholic Church, 2211).

Respect for freedom of conscience and the freedom of the family in education, as well as the avoidance of a government monopoly of school education, can be accomplished in practical terms by applying the principle of school choice. This term is used to refer to the changes introduced in education public policies throughout the second half of the 20th century, which, as it happens, were based on free-market ideas (such as freedom of choice, individual responsibility and competition). The introduction of school choice mechanisms resulted in the rise of a multiplicity of schools with differentiated study plans that aimed at better accommodating the individual characteristics, motivations and needs of each student and at honouring the primordial role of the family in deciding what is most appropriate for their children. In countries where there is no government support for Catholic schools, these mechanisms were essential to bring the system in line with Catholic social teaching whereby religious schools would receive the same support for parents as other schools. To tax parents who wish to send their children to a Catholic school whilst maintaining a secular government school monopoly and leaving Christian families without the resources to exercise true choice in education, would undermine freedom of conscience.

It is thus unsurprising that, when school choice became a reality, many of those who were most enthusiastic were motivated by religious convictions. There is much debate about the role of government and the market in Catholic social thought (including on this blog). However, there can surely be little doubt that the promotion of freedom in education is entirely compatible with Catholic social thought and teaching. Catholic social teaching puts it pretty bluntly: “Accordingly, unjust and unlawful is any monopoly, educational or scholastic, which, physically or morally, forces families to make use of government schools” Divini Illius Magistri, 48.