“[I]t is an injustice and at the same time a grave evil and disturbance of right order to assign to a greater and higher association what lesser and subordinate organizations can do.” (Quadragesimo anno, 79).

In the current crisis, there is much talk of “policy reset”. Some of that talk seems strange. We have the most centralised health service in the Western world and it has not obviously performed better than healthcare services in other countries. The NHS has also moved infected people out of hospitals and into care homes with disastrous consequences. Despite that, reliable sources in the UK government seem to be suggesting that, following the crisis, there will be a move to centralise political control of the NHS further and also that the NHS will take control of social care from local authorities. 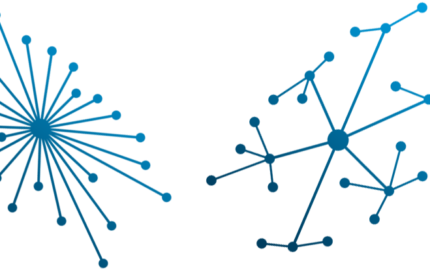 Instead, there is a strong argument for policy moving in a decentralising direction. As with any tenet of Catholic social teaching, the principle of subsidiarity chimes with human nature. It ensures that responsibility is not given to remote bodies who cannot understand the details of the problems that they are trying to solve. It leaves individuals, the family, civil society institutions and local levels of government free to use their initiative to understand, take responsibility for and act to solve problems and to work with others to promote the common good and to discern and enact God’s plan for them. The principle of subsidiarity doesn’t just apply to political institutions. Local government should not do what civil society can do; the school exists to help the family in education their children not to take over their function; and so on.

It is notable how far the UK is from even beginning to apply the principle. The table below shows the proportion of taxes raised and government spending in a number of major countries in 2017 (data from OECD).

The “man in Whitehall knows best” attitude that pervades British public life is surely an offence against the virtues of prudence and humility.

Two things are clear. The first is that, by any measure, the UK is a very centralised country. The second is that, when it comes to spending, the UK is not quite so centralised. In other words, local authorities effectively act as branch offices of Whitehall. They collect a little bit of tax, have some money handed to them and have to enact a staggering 1,300 statutory duties imposed on them by Whitehall.

The principle of subsidiarity not only requires that activities are undertaken at the lowest possible level but, where central government does act, it should do so by helping the lower levels of society in their task of promoting the common good. The opposite seems to be the case in Britain. The main function of the town hall, it would appear, is to assist Whitehall in the delivery of the latter’s agenda.

It could be very different. Indeed, as can be seen from the table, British political life was not always so centralised. In a country of 55 million (to take England alone), it surely cannot be the case that the right level to provide those things that government has to provide is central government level in almost every case. The human person is limited in cognition and knowledge. We need to be close to the problems that we are trying to solve in order to understand them properly. Such closeness is necessary for a genuinely human response. The right solution to a problem in Glasgow is unlikely to be the right solution to an apparently similar problem in St. Ives. The mix of government, private, mutual and civil society action that is necessary to promote the common good and provide common goods will be different in urban and rural areas and will differ between localities for all sorts of other reasons. Those regulations that might be necessary to restrain private activity (perhaps related to gambling, drinking or shop opening hours) will also be different in different parts of the country.

These all seem like secular, human problems rather than religious ones. However, the Catholic Church gives her guidance on issues such as subsidiarity because she is an expert in humanity. Subsidiarity chimes with human nature.

The “man in Whitehall knows best” attitude that pervades British public life is surely an offence against the virtues of prudence and humility. Given the clarity of Catholic social teaching on this issue and the extent to which the UK is an outlier, it is surprising that the Bishops of England and Wales have not drawn attention to the centralisation of British political life in the advice they provide before elections. At any rate, anybody believing that the government should follow the principles of Catholic social teaching cannot be satisfied with the current settlement in Britain.

Covid-19: the importance for body and soul of getting back to work