Home » Articles » The meaning of the common good and social justice

What is the common good? The definition that is used in almost all discussion in Catholic circles in the English-speaking world is taken from paragraph 26 of Gaudium et spes which was a document arising from the Second Vatican Council. The common good was defined as “the sum of those conditions of social life which allow social groups and their individual members relatively thorough and ready access to their own fulfilment”. This is also the definition that is used in the English language translation of the Compendium of the Social Doctrine of the Church. 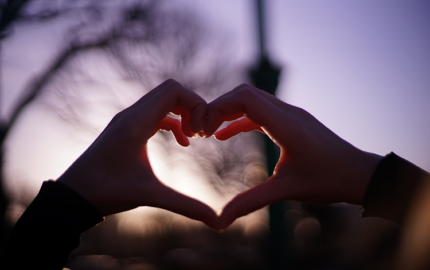 This is rather problematic. The common good should be about both what is common and about what is good. If we start with this definition from Gaudium et spes, we can quickly end up in a very secular and subjective place even if the word “fulfilment” might be clear to a Christian. It is too easy to consider the phrase “access to our own fulfilment” and think that it means that we can decide what brings us fulfilment. It is, indeed, a definition with which nobody can disagree and yet the Church does have a conception of the good with which many people do disagree.

The use of this definition is unfortunate because, in paragraph 74 of the same document, there is a second definition of the common good – the one that appears in all the other language versions in both places and in the other language versions of the Compendium. That reads: “the common good embraces the sum of those conditions of the social life whereby men, families and associations more adequately and readily may attain their own perfection.”

In other words, the common good is about the social conditions necessary to bring the world closer to perfection or to bring God’s kingdom closer on earth.

In other words, the common good is about the social conditions necessary to bring the world closer to perfection or to bring God’s kingdom closer on earth. This definition is clearly asking us to focus on both what is common and what is good. This helps guide us away from conceptions of the common good that are subjective or based on modern ideas of wellbeing. Fulfilment and perfection are ultimately found in a relationship with God and all that entails.

So much for the often-ignored “good” in “common good” what about the “common”? Imagine a dozen of us are having a meal. The taste of the food is a personal experience, just as some aspects of a good life are personal rather than common (the common good is about the social conditions necessary to bring the world to perfection, there are other conditions too). If I get food poisoning and none of the other guests do, it would be polite not to tell them and their experience would not be affected. However, the conversation is a common experience. If one person does not enjoy the conversation and remains sulky and moody for whatever reason, all guests are affected. The “common” in “common good” is a bit like that. It is those social conditions without which it is impossible for all to reach perfection.

So, what does this mean for public policy? There is, of course, a variety of views on this question. But it is very clear that the common good should not be a term that is used lightly in political discourse for two reasons. Firstly, the common good is not some utilitarian notion of the greatest good for the greatest number: it is not synonymous with the general welfare as is often assumed by those who use the term.

Secondly, the political institutions are not the only, nor indeed the main, actors charged with bringing about the common good.

Why should the role of the state be limited? There are at least three reasons. The first (not in any particular order) is that, even if we start with the right view of the common good and what is meant by bringing the world to perfection, the dangers of charging the political system with bringing about this state of affairs are enormous. Tens of millions of people were killed by communists trying to perfect the world. The French Revolution led to grotesque horror in the name of the rational perfection of the world too. But this is not just a problem with secular movements that have tried to perfect the world through terror. There is huge injustice and oppression in the world today in countries trying to impose religious law. Power corrupts and attracts bad people even if the conception of “perfection” is correct: examples of the centralisation of Catholic Church power in the political system have also led to oppression and abuse. Mony Python might have said “nobody expects the Spanish inquisition”, but that is exactly what we should expect if we were to give totalitarian political power to the Church with a remit to perfect society directly.

And this relates to the second point. We do not become perfected until we choose the good. If we are forced by law to go to Mass on Sundays, or, perhaps more perniciously, forced to do good works, we are not growing in perfection, we are acting like robots: God gave us free will.

Thirdly, our human nature and finitude means that having governments design societies so that they bring the world to perfection is literally impossible. There are always unintended consequences of actions of government.

We can explain this with an example of injustice arising from discrimination – a topic ever-present in current discussions. Let’s say I run a business in which I systematically discriminate against black males applying for low-skilled jobs, but not those applying for higher-skilled roles. In doing so, I will, in fact, improve my recorded ethnic pay gap (indeed, that might be the motivation). I do not offend the principles of commutative justice because everybody gets the wage we agreed. I may not offend the principles of distributive justice if the people to whom my business does not offer a job get jobs elsewhere. I might not have broken any law depending on exactly what the law says. However, the world is less perfect as a result. The common good is impaired. Social harmony is impaired. Somebody’s dignity is undermined. The person discriminating has damaged themselves as well. As an offence against the common good, this is also an offence against social justice. In thinking properly about the common good, we think properly about social justice: the two, in my view, are intimately linked if we understand both correctly.

Photo by Oleg Illarionov on Unsplash

The Common Good: What does it mean?’
ShareTweet
Subscribe