Home » Articles » The NHS – an article of faith

The UK system of health provision is unusual. Our death rate from Covid is also unusual. It is widely reported that our figure for deaths per million of population is one of the highest in the developed world. We could look at this figure and put the blame in all sorts of places. If only we had tightened borders more quickly, we would have had fewer cases, and fewer deaths; if only we imposed lockdown more quickly; if only we had a population more willing to comply with the state’s desire to track and trace us; if only we were on two islands 2,500 miles from the next nearest large country; and so on…
Note: this article first appeared in the Catholic Herald and is reprinted with kind permission. 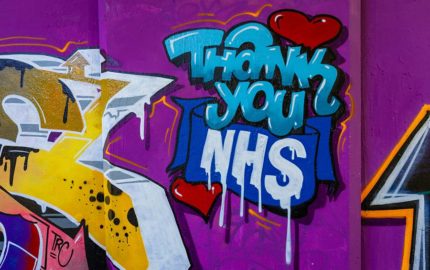 However, though it can be said that all sorts of policy failings or unfortunate circumstances might have led to Britain having a large number of Covid cases, there is another league table of which we are close to the top. The ratio of deaths to Covid cases in the UK is amongst the highest in the world. There might be many reasons for this, but, if the ratio of Covid deaths to cases is high, should we not examine the efficacy of the unusual way in which we provide health care in this country?

The Netherlands, Sweden, Switzerland, Spain, Portugal, Israel, Luxembourg and the US all had higher Covid infection rates than the UK. However, their death rates were actually below the UK level. Switzerland’s Covid death rate is a third below the UK’s; Holland’s is only half the UK’s; and that in Israeli is just one-third of the rate in the UK.

A country with a very high proportion of cases leading to death should surely be asking some questions about its health service.

The British people certainly “believe in” the NHS. Throughout 2020, it consistently received net approval ratings (that is, the share of respondents rating it positively minus the share of respondents rating it negatively) between 80 per cent and 88 per cent. Indeed, as the pollsters point out: “The UK National Health Service has the highest rating of any institution in the world for its response to the pandemic.” Surely, that is strange when the death-to-case ratio was so high. Perhaps such poll results reflect the great admiration people have for the staff.

The institution has a quasi-religions status within the UK. Nigel Lawson once said that the NHS is the closest thing the English have to a religion. And, the Archbishop of Canterbury seems to see the NHS as part of the Church of England’s theology. At his enthronement, he said: “Slaves were freed, Factory Acts passed, and the NHS and social care established through Christ-liberated courage.”

Nigel Lawson once said that the NHS is the closest thing the English have to a religion.

A bit like with some religions, merely asking questions about the NHS brings opprobrium. The normal response to proposals for even modest reform is the accusation that you want to see people dying on the streets unless they have expensive private insurance as, it is alleged, happens in the US. If we were really dispassionate, if we really wanted to have a serious conversation about whether we could improve the standard of care and, indeed, the working environment for those who work in healthcare, we would be willing to have serious conversations.

We might ask, for example, whether the Catholic principle of subsidiarity should not be applied more effectively. In many continental European countries, such as Holland, Germany and Switzerland, the state guarantees healthcare for all, but much healthcare and insurance is privately provided. Indeed, much of this provision is through Catholic organisations and it is locally managed and planned. Historically, the provision of medical care was very much the responsibility of the Church.

When the NHS was established, the opposition Conservatives proposed a state-funded model with mixed provision – including retaining the substantial local authority sector. This was rejected. The Anglican hospitals were nationalised. However, as it happens, the Catholic Church fought for and obtained an exemption, with Cardinal Griffin arguing: “it will be a sad day for England when charity becomes the affair of the state.”

The route of institutional freedom combined with state funding is the route down which most of Europe has travelled. As an approach, it makes sense for Catholics. Healthcare decisions are intimately linked to ethical decisions. We should be able to obtain health services consistent with our conscience. A healthcare model based on the principle of subsidiarity would help ensure that this was possible. In addition, a pluralistic healthcare system would also facilitate the effective integration of health and social care, a considerable amount of which is still provided by religious institutions.

After 75 years, it is time we started to debate whether our unique model of healthcare provision should be reformed. Its performance during the covid crisis should perhaps be a trigger for that debate.

Photo by Andy Holmes on Unsplash