Pope Francis discusses ecological virtue in Laudato si and provides illustrations of what it might be, in many cases very beautifully; however, he does not provide a systematic account of ecological virtue. That is the aim of this article based on the virtue scheme of Saint Thomas Aquinas. As a prelude to that, it should be noted that all the world religions and many environmental organisations speak in similar terms. 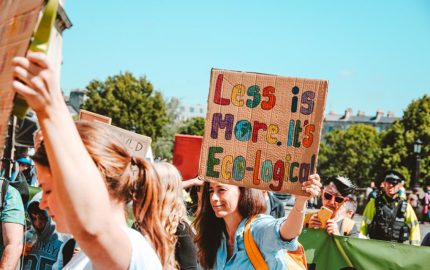 How might the classic cardinal human virtues apply to ecological questions?

Courage has already been needed to stand up to ecological injustices, vested interests and to wilful ignorance: this courage will continue to be needed.

The human virtues have resonance outside religious thought with Aristotle being a key thinker here. Virtues that are more specifically inspired by Christianity (1 Corinthians 13:13) are the cardinal ‘theological’ virtues, though these also have had a connection to ancient Greek thought and certainly have resonance beyond Christianity

Hopefully, this will prompt thoughts about what ecological virtue might look like and, by cultivating and applying these virtues, to environmental challenges we can come closer to a right relationship with God, fellow humans and the rest of God’s creation.