This week’s blog post is a non-Catholic perspective, but on a question which is frequently raised by Catholic commentators on social issues. 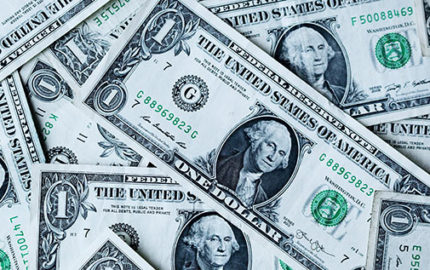 Andrei is Associate Director of the Centre for Enterprise, Markets and Ethics. His role involves oversight of the research and publication process, as well the Centre’s digital and media communications strategy. Andrei’s main areas of research include, among others, ethical business growth models, sustainable governance and the dynamics of globalisation. He has previously worked for Media Intelligence Partners.

“God wants us to prosper financially, to have plenty of money, to fulfil the destiny He has laid out for us”, writes pastor Joel Olsteen in his bestselling book, Your Best Life Now: 7 Steps to Living at Your Full Potential.[i] His books have made him a New York Times Bestselling author, and a multi-millionaire. Further north in the US State of Pennsylvania are the Mennonite Amish – a rather different Christian community. They devote themselves to simple living and a radical rejection of material goods. Their words of wisdom rest on absolute faith in God and proverbs such as: “every spiritual investment will bear eternal interest”, “He who has no money is poor; he who has nothing but money is even poorer”, and “you are only poor when you want more than you have”.[ii]

Why such a stark disparity between the so-called ‘prosperity gospel’ preachers and the radical asceticism of the Mennonites?

Why such a stark disparity between the so-called ‘prosperity gospel’ preachers and the radical asceticism of the Mennonites? After all, both groups profess faith in a triune God. Both believe in salvation through faith. Both profess Jesus Christ as the Son of God who redeemed the world through salvation on the cross. Most importantly, both view the Bible as authoritative. Yet one sees wealth as a sign of God’s blessing while the other sees it as an evil temptation that should best to be avoided.

Does scripture call people to a life of asceticism? Can wealth be seen as a sign in the Bible? If so, what sort of sign is it? Genesis 12:2 tells us that Abraham was “very rich”. King Solomon was tremendously rich in both wealth and wisdom. In addition to collecting taxes He would receive twenty-five tons of gold each year. All his cups and utensils were made of gold, King Solomon was “richer and wiser than any other king in the world” (1 Kings 10:23). Adjusted to inflation, that would be over £1.6 trillion in today’s money.[iii] The book of Job also ends with the Lord blessing him with double the riches that he had in the past (Job 42:10). Proverbs 10:22 tells us that “The blessing of the LORD brings wealth, without painful toil for it”.

Yet the Son of God was born in a humble manger, with no material provision or financial reserves (Luke 2:1-20). Throughout his ministry Jesus preached material simplicity and caution against excessive wealth, “Do not store up for yourselves treasures on earth, where moths and vermin destroy, and where thieves break in and steal”, and “it is easier for a camel to go through the eye of a needle than for someone who is rich to enter the kingdom of God” (Matthew 19:24). Jesus was more concerned with the needs of the soul than he was with the needs of the flesh – though he provided for both.

There are a few biblical texts that reveal the profound schism between the material and spiritual. Matthew 6:24 is a passage with which many are familiar, “No one can serve two masters. Either you will hate the one and love the other, or you will be devoted to the one and despise the other. You cannot serve both God and money”.

Money is placed in an interesting position – in between fasting and worry. Yet reading into the passage we can see why this was deliberate: money can have a profound impact on the entire self (flesh and spirit). It is within this framework that Jesus tried to caution his audience that had every apparent reason to worry about their material well-being – particularly given the historical context.

St Clement of Alexandria said that “In themselves riches are blameless” but if coupled with greed they can, “…suffocate the seed of true life.”

Work and material well-being have a sense of spiritual neutrality – they are neither too important nor unimportant. Work and by extension, money, fulfil material needs but needn’t go much beyond that. Jesus willed and provided for people’s physical needs – sometimes in abundance (Matthew 14:20). Wealth can indeed signify a blessing.

When we talk about wealth as a sign of God’s blessing, we must first consider God’s character as it is revealed in scripture. ‘Wealth’ in this context doesn’t just refer to money itself but rather the diversity and splendour of creation. It would seem rather odd (some may say even irrational) that a creator would place mankind in the middle of a majestically created world and expect, or demand abstinence from its material enjoyment. What would seem even more perplexing is that this creator would gift mankind with exceptional cognitive abilities (far superior to the rest of creation), thus empowering them to create, adapt, predict and so on, yet in return demand a form of stringent self-limitation or outright denial of these abilities or their fruits.

The New Testament gives us several cases where wealth is used constructively for the advancement of God’s kingdom. We see this in the case of Lydia in Acts 16. Lydia was a wealthy businesswoman in the city of Thyatira who traded as a merchant of garments in “purple” – a type of cloth only afforded and worn by the aristocracy and the very wealthy. Purple represented the colour of wealth. Similarly, 1 Corinthians tells us how Priscilla and Aquilla provided for Paul’s material needs and used their house has a Church meeting place.

In summary, Christian teaching calls for the use of money and wealth from a position that rests between idolatry and rejection. The concern is ultimately about the use of money and the place it takes inside the human heart. Is it a servant or a master? St Clement of Alexandria said that “In themselves riches are blameless” but if coupled with greed they can, “…suffocate the seed of true life.”[iv]

As with the whole of creation, scripture calls for the careful stewardship of money. In an era of increased financial and technological complexity, we need to develop a culture of financial responsibility. Money must become a useful tool and not a burdensome concern. A tool that can truly empower people.

[i] Cathleen Falsani, “The Worst Ideas of the Decade: The prosperity gospel”,  The Washington Post, http://www.washingtonpost.com/wp-srv/special/opinions/outlook/worst-ideas/prosperity-gospel.html. Accessed 2nd Aug. 2019. BACK ^

Photo by Sharon McCutcheon on Unsplash