Home » Articles » Is the technocratic paradigm our new religion?

Some of you may be familiar with the phrase “technocratic paradigm” from Pope Francis’s 2015 encyclical Laudato si’. But what is he talking about? I define it as an all-encompassing expression of a technical way of thinking. 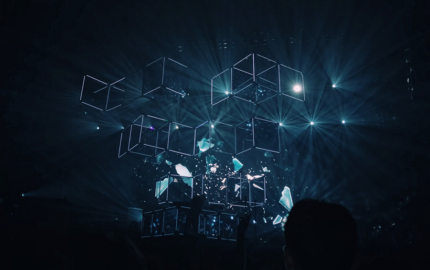 The technical way of thinking precedes all our technology: the phones, CAT scans, jackhammers, and so many other tools and devices that surround us in the modern world. It also goes beyond thinking about them, or even thinking about how we construct or use them. It is a way of thinking – to look at any and every challenge as a problem probably best solved through some highly rational, preferably quantitative thinking.

This way of thinking leads naturally to the construction of and reliance on all our tools. It also leads to the construction of and reliance on a certain type of organisation of people that works in a certain way: a technical organisation (which is also naturally bureaucratic) with technical goals. When technical thinking is the default option or the first resort for a society, we can say that technical thinking rules – that society is technocratic.

The all-encompassing part of my definitions means that this expression does not only rule – it dominates totally. A paradigm, used in this sense, is a comprehensive way of understanding something. When technocracy becomes a paradigm, it is impossible even to question the correctness of technical thinking. Opposition strikes people stuck in the paradigm as stupid, absurd, or even meaningless.

When technocracy becomes a paradigm, it is impossible even to question the correctness of technical thinking. Opposition strikes people stuck in the paradigm as stupid, absurd, or even meaningless.

This paradigm is all around us in modern societies. It strongly influences all our thinking about solving social problems, and about such individual concerns as travel, education and healthcare. The technological paradigm is what leads us to assume that numerical measurements are essential for the analysis of human actions and societies. And it leads to a sort of priesthood of professionals in education, management, engineering, and public health.

There is something dehumanising about the technocratic paradigm. People flourish best, and perhaps only, when they live and move and have their being in such domains as worship, love, wisdom, nobility of character, and in redemptive suffering. And the human excellences in all these domains are more undermined than supported by the comforts that efficient modern technology provides and by the attitudes and habits encouraged by the technical thinking that makes these comforts possible.

Let me state this contrast more clearly. People should live in harmony with and with gratitude for the rest of creation, but they should not use their technology to live as would-be absolute dictators over it. People should search for truth and beauty, deepen love, and exercise mercy, but that search is harder when we want a world filled with ever more powerful machines and a society of people who often act like ever more efficient machines.

As the following excerpt shows, this perspective is in accord with much of what Pope Francis says in Laudato Si’ (it includes quotes from the early 20th century German philosopher Romano Guardin):

The effects of imposing this…[“epistemological paradigm”] on reality as a whole, human and social, [amount to]…a reductionism which affects every aspect of human and social life…

“Technology tends to absorb everything into its ironclad logic, and those who are surrounded with technology “know full well that…in the most radical sense of the term power is its motive – a lordship over all”.[87] As a result, “man seizes hold of the naked elements of both nature and human nature”.[88]” (Laudato Si’, 107-108, emphasis added)

Let me paraphrase the pope. As long as we live inside the technocratic paradigm, we cannot stop stiving for power over the world, over other people, and over ourselves. And this craving for power reduces everything about the human experience. The world is reduced to raw material for our desires, other people are reduced to tools and to users of technology, and we are reduced from creatures called to sacrifice and to immortality to searchers for transient and often debased pleasures.

The rise of healthcare is a good example of the technocratic paradigm in action. The rise can be measured – that is what we do when we think technically. The number of people employed in healthcare has grown enormously. And medicine employs a technical way of thinking. Individual health workers often use their technical skills generously, to promote the wellbeing of others, but they are usually stuck in what can be called technocratic medicine. This sort of medicine treats ill human bodies as broken machines. It attempts to overpower death. It denigrates natural healing, and it removes suffering people from the care of those who love them.

That description of medicine is largely borrowed from Ivan Illich, a multinational Catholic priest and social commentator who was famous in some circles in the 1970s. He should, in my opinion, be famous today. His profound and systematic criticisms of some aspects of technocracy, including healthcare, are highly relevant.

Illich’s book Limits to Medicine is built around the notion of iatrogenic, or doctor-caused, illness. He talks about the many varieties of medical mistreatment, but his primary concern is what he calls “cultural iatrogenesis”. He argues that what he calls technocracy and what I would call the technocratic paradigm has poisoned the whole approach of modern societies to being well, being ill, recovering from illness, and eventually dying.

“Medicalisation constitutes a prolific bureaucratic programme based on the denial of each man’s need to deal with pain, sickness, and death…Suffering, healing, and dying, which are essentially intransitive activities that culture [formerly] taught each man, are now claimed by technocracy as new areas of policy-making and are treated as malfunctions from which populations ought to be institutionally relieved.” (137-139)

Illich thinks that what he calls “medicalisation of death” (208), by which death “had lost its dignity” (203, emphasis in original), has made healthcare into “a monolithic world religion” (203) – because dealing with death is one of the central tasks of any religion. He also claims that, in the approach to dying, there has been a “practical convergence of Christian and medical practice [that] is in stark opposition to the attitude to death in Christian theology.” (209 fn. 62)

However, we should not dismiss the extraordinary improvements to which technology has given rise. Jesus does tell His disciples that a diseased tree cannot bear good fruit (Matthew 7.18). If that is true, then the modern technical tree must not be totally diseased. Calls to cut down that tree, to abandon technical thinking, are not merely unrealistic: they are mistaken.

We can praise some technical thinking but still criticise the technocratic paradigm by which all problems are seen as resolvable by technical means, thus losing sight of our humanity. Christians can see that this moral two-sidedness is typical of the human condition: we are good by nature and sinful by nature. In every aspect of this life, we always aim at some good, and we also always end up doing some evil. The effects of technical thinking are typical of this two-directional ethical nature. Human domination of creation is good when it is life-protecting and life-enriching. This same domination is bad when it breaks the divinely mandated order of creation. Technical thinking always leads to both the good and the bad.

The bad effects of technical thinking can be seen in many domains, from welfare states to aesthetics to the environment to dealing with Covid, where we have used technical models to determine when people can leave their houses – to minimise the impact of Covid on our health services that are supposed to serve us.

We can and should feel free to pursue non-technocratic paths towards good health, and good deaths. This is a relatively easy way to escape the paradigm. Consider that if I want to rely more on my family and less on the government for support in times of poverty or old ages, the technocratic systems of taxes and benefits stand in my way. Or if I want to avoid dehumanising anonymity in urban and suburban living or avoid technocratic indoctrination in education, I have to find or found countercultural communities or schools. Health is much simpler.

Health is mostly a matter of individual actions and attitudes. The technocratic medical complex is huge, but most of the time I can relatively easily avoid the array of doctors, drugs, tests, and hospitalisations. I can fairly easily be trained or train myself in healthy, non-technocratic thinking and acting: not trying to avoid all pain, not expecting easy cures for every ailment, not trying desperately to delay death, and relying primarily on family and friends for care when ill.

Full isolation from technocratic medicine is impossible and is undesirable. But we can fairly easily integrate the best of technical medicine and healthcare into a non-technocratic approach to wellness and illness. We can combine tender loving care with appropriate medical interventions and provide it to others who are sick.

Living a life where we step outside the technocratic paradigm, as Pope Francis suggests, is a good thing to try to do. If only such detachment were easier to find, for Christians as for everyone else.

Photo by fabio on Unsplash

In death as in life – supporting the dying and the bereaved