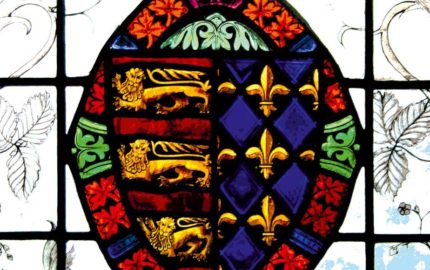 This article was first published in the Catholic Herald and is reproduced with permission.

Some argue that a Catholic university is a contradiction in terms. Indeed, that point was once put to me by a senior government adviser who argued that a university is supposed to respect academic freedom and cover a wide variety of subjects. Increasingly, however, secular universities are becoming more and more uniform, giving rise to the “cancel culture” joke that “diversity is the opposite of university”. Today, in most universities, subjects tend to be taught through a secular, moral relativist prism with excessive specialisation leading to academic silos and often hostility to alternative viewpoints.

Catholic universities operate in a very different environment from our schools. The vast majority of students in most Catholic universities will not be practising Catholics – though that is also increasingly true in Catholic schools in the West. And nobody is forced to attend university. However, this should never mean that our universities should just give up being Catholic. Indeed, if they cannot survive whilst pursuing their mission, they might as well sell up and get out of the game altogether.

Catholic universities have a gift to offer the world which arises from the way we think about knowledge. We have a duty in teaching and research to ensure that the link between faith and reason is not severed.

Catholic universities have a gift to offer the world which arises from the way we think about knowledge. We have a duty in teaching and research to ensure that the link between faith and reason is not severed. A Catholic university should also help in the building of character. Our alumni should go on to serve society whist practising the virtues – whether they practice in business, the law, sport, health or education. In a secular university environment such efforts can be derailed by a belief that the only absolute truth is that there are no absolute truths. Catholic universities cannot be catechetical boot camps, but they can offer all students the benefit of a programme based on those virtues that we believe all people of goodwill can access through the intellect alone and the practice of which will promote the common good.

Of course, a Catholic university should also be good at teaching and researching theology and related disciplines. It should be a place of vigorous discourse in these areas, but not of calculated dissent.

We would also like our students to see knowledge as a coherent unity. The different disciplines have their own place. But, just as if you eat tablets containing all the nutrients from a steak, it could never replicate the experience of eating a steak, a student should not study individual subjects without a glimpse of how they fit together. Two things are important here. Perhaps the first stage is to teach students the limits of their discipline. The economics Nobel Laureate, F.A. Hayek once said: “The curious task of economics is to demonstrate to men how little they really know about what they imagine they can design”. He also said: “nobody can be a great economist who is only an economist—and I am even tempted to add that the economist who is only an economist is likely to become a nuisance if not a positive danger.” In this pandemic we have also seen the limits of epidemiology when it comes to dealing with COVID-19. It is not that we don’t have good epidemiologists: the point is that their discipline is not enough on its own.

Ultimately, all subjects should be linked to ethics, philosophy and theology. In a Catholic university in a secular country, perhaps we can only do this imperfectly. But, at St. Mary’s University, we are spending time reviewing how we can make the curriculum genuinely holistic for as many students as possible.

A Catholic university has an obligation to ensure that it is genuinely student-centred. Zoom has been a boon during the pandemic. But real teaching and learning, where it can, should involve personal interaction and a relationship between teachers and students.

And, just as most English Catholic higher education institutes were founded to educate teachers to educate poor immigrant children, a good Catholic university should reach out to provide opportunities to the less fortunate. This can be through degree programmes that promote what is called “service learning” or by equipping students to work amongst the world’s poorest people. It can also be through stretching out a hand and recruiting students who might otherwise never be able to attend university.