This post by Edward Hadas is part of a longer article on covid, lockdowns and Catholic social teaching published by Together for the Common Good

Much has been written about the medical aspects of Covid-19. Some attention has been paid to the effectiveness of the lockdowns ordered to combat the disease. Much less interest has been shown in evaluating the gamut of their non-medical effects. “Lockdown” refers to any collection of severe and fairly long-lasting governmental restrictions on the normal activities of human beings. This article is a critical study of what these lockdowns have done from the perspective of the first principle of Catholic social teaching – the promotion of human dignity. 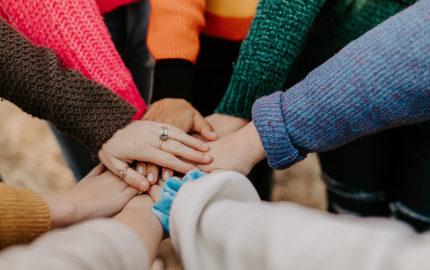 The first principle of Catholic social teaching is that each person has an inherent dignity. For Christians, the dignity is a reflection of the special human position in the universe as creatures who bear the image of God. Secular humanists do not mention any deity, but they also generally believe in something like universal human dignity, for example in universal human rights. All would agree that this dignity is often not respected, for example when people are treated as nothing more than possible vectors of infection from contagious diseases. Such treatment is worse than demeaning. It is totally misguided. The protection of human dignity may sometimes require accepting unwanted infections and the deaths they cause. That will be the case when the available ways of avoiding those deaths are too damaging to our communal dignity to be acceptable. Even in the midst of a pandemic, maximising the ability of people to live the fulfilled lives that are in accord with their dignity can be preferable to minimising the number of deaths caused by the disease.

This moral reality – that the dignity of life can be more important than the absolute length of life – is highly relevant to lockdowns, which restrict activities in ways that insult many aspects or expressions of humans’ unique dignity. In what follows, I hope to show that the insults are so numerous and serious that any argument about whether lockdowns are justified that does not take this moral reality into account is fatally flawed.

The most relevant expression of dignity is probably our love and friendship for each other. Christians describe the life-fulfilling self-gift through love as an image and foretaste of God’s own Trinitarian love. Meaningful and necessary interpersonal ties are found in extended and nuclear families, in all sorts of friendship, in the multitude of shared efforts at work and play, and in the many sorts of communities that bind us together.

From this perspective, it is distressing to think that the whole point of lockdowns is exactly to limit our time together as much as possible. In other words, at the very heart of all lockdowns is an insult to this central expression of human dignity.

Physical presence is crucial to this flourishing in affection and mutual care. Of course, there are many dignified long-distance contacts. Zoom calls are not bad in themselves. However, we humans are essentially physical creatures from womb to tomb. We lose some of our humanity’s fullness when our in-person connections are frayed or lost. Social isolation tends to lead to deep sadness and many sorts of psychological disorders. Even when spirits are not depressed, the loss of flourishing is significant. Virtual company is an inadequate substitute for time with other people.

From this perspective, it is distressing to think that the whole point of lockdowns is exactly to limit our time together as much as possible. In other words, at the very heart of all lockdowns is an insult to this central expression of human dignity.

Human dignity and the love of God

Neighbour-love is by no means the only expression of dignity that lockdowns harm. Religious people consider the capacity to show and experience the love of God to be as central as the love of neighbour to the distinctly human fullness of life. In Christianity, as in most religions, the human relationship with the divine is understood to be inherently social – we need to worship God in community. More than that, for the better part of two millennia in the West and its offshoots, places of communal Christian worship have been locations of neighbourly love, where that love is imbued with the divine. Further, churches and other places of worship are sources of hope, succour and wisdom in the face of the mysteries of birth, life and death. They are temples of the uniquely human and transcendentally dignified capacity to wonder at and celebrate the great mysteries of human experience. Nor should it be forgotten that churches have sometimes been places and organisations of resistance to governmental attacks on human dignity. Lockdown restrictions on public worship are an insult to this crucial aspect of human dignity.

When the reduction of freedom is both extreme and enforced by the authority of one person over another, it is called slavery. In lockdowns, governments create a sort of social slavery by sharply restricting freedom – and directly insulting human dignity.

Then there is the dignity and flourishing that is expressed in the uniquely human abilities to strive for knowledge and to appreciate beauty. To close schools or universities, to teach students at a distance, to close theatres and museums – all those are insults to human dignity. The damage to education deserves special notice, because it is an assault on future as well as current flourishing. In most of Europe, the lockdown has led only to relatively brief gaps in schooling, although university education is still restricted. In the United States, as many as half the students at state schools are being kept at home. This insult to their dignity is great.

The ability to travel is not intrinsic to human dignity, but it becomes almost essential when the normal lives of loving, working, and learning rely on long journeys. To cut off customary contacts because they are far away is an insult to human dignity. Something similar can be said about modern leisure activities – they are not inherent to human dignity, but they have become important sources of community and shared experiences. Severe restrictions on spectator and participatory sports, tourism, and popular entertainments are all insults to human dignity.

Lockdowns should be a lamented last resort

All these grievous insults to human dignity should be weighed up when contemplating any decision to restrict normal activities. Considering its seriousness, a lockdown can only possibly be justified as some sort of “lesser evil”. It can only be imposed justly if its inevitable grievous insults to human dignity are judged to be less bad than the good, the fewer deaths and less long-term physical suffering, that it is expected to provide.

I think of lockdowns as something like chemotherapy for cancer. Just as chemo almost kills physical bodies in order to protect them from death, lockdowns seriously weaken bodies politic in order to protect them from something worse. Good doctors always order chemotherapy with a certain reluctance, and always try to minimise the dose. The caution should be even greater for lockdowns. The damage they cause to human flourishing and dignity is so severe that they should only be ordered with a heavy heart, indeed with fear and trembling, and only after long and painful deliberation. That seriousness is always appropriate, no matter how many premature deaths the lockdowns are expected to prevent. If lockdowns do not significantly delay many deaths, as many serious scientists are persuaded, then the balance is totally one-sided. In that case, the insults to dignity would be completely gratuitous. They could only be excused if experts had come to the wrong conclusions about effectiveness after steady and diligent research. In any case, starting or continuing a social policy as insulting to dignity as lockdowns on the basis of mere hunches or even careless analysis would itself be an insult to the dignity of human reason.

I have seen only brief flickers of seriousness, diligence, sadness, or reluctance in our public officials’ approach to lockdowns. Most of the time, they seem to neglect almost entirely their responsibility for the flourishing of humanity. Rather, they appear to be driven solely by a desperate and fearful desire to save lives at any cost. Whatever the reasons for their apparently oblivious attitude, it is easy to judge the decisions from the perspective of the first principle of Catholic Social Teaching, the dignity of human nature.

As I said, the decision to impose these massive insults to human dignity may still have been the right one, despite this failure. The evils the lockdowns prevent could be worse than those they cause. Still, loud laments about the inevitable damage would have been appropriate. They have not been heard. Political, cultural, religious and business leaders have rarely and barely expressed grief over the lost dignity, and until very recently most of the so-called mainstream media, from the BBC to the New York Times, seems hardly to have noticed the damage. In my judgement, the near-silence suggests a deeply inadequate appreciation of human dignity.

Covid-19: the importance for body and soul of getting back to work
ShareTweet
Subscribe