Home » Articles » Social justice – is there a conflict between Hayek’s liberalism and Catholic social thought?

The term “social justice” leads to a lot of sabre rattling in Catholic social teaching circles. Greater attention to its meaning, including to some of the ambiguities about its meaning, might be helpful in promoting more fruitful discussion. Debates are often clouded by bringing F. A. Hayek’s disdain for the whole idea of social justice into the discussion. Supporters of a free economy, in the spirit of Hayek’s work, are therefore pitted against supporters of social justice in Catholic social thought. Constructive dialogue is impeded. 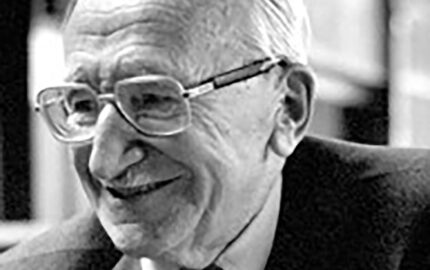 However, when Hayek critiqued (or lambasted, some would say) social justice, he did not understand its meaning in Catholic social thought. For those who do not have time to read to the bottom, therefore, the answer to the question is “yes, but it is not the conflict most people assume”. The concept of social justice in Catholic social thought is poorly understood and was also not grasped by Hayek.

In Hayek’s Mirage of Social Justice (published as Volume II of Law, Legislation and Liberty) he did comment on the ambiguity of the term. And, to be fair to him, he was attacking a moving target. However, it is clear that what he was critiquing was the Rawlsian idea that you can objectively establish and implement, at the level of a nation, a set of criteria by which incomes should be distributed. He argued that any attempt to do so would fatally undermine other forms of justice and the whole basis of a free society. It is worth noting in passing that Hayek was not opposed to state welfare and income redistribution. Readers might be surprised at the extent to which he did believe in such things, as outlined at length in The Constitution of Liberty. He also believed that just principles for distributing resources could be determined at a lower level – such as within the family or an enterprise.

In the 19th century, social justice became a new term for an ancient concept. It is that form of justice by which all individuals and institutions in society direct their conduct towards promoting the common good of the community.

In Mirage, Hayek was criticising a particular approach to what Catholics would describe as “distributive justice” – an entirely different form of justice altogether in the tradition of Catholic social thought.

Of course, this is fair enough. Hayek, Rawls and others are entitled to use their own terms. However, Hayek also attacked Christian proponents of social justice: indeed, he suggested that it had become a new faith, as faith in the supernatural waned. Hayek referred to two Catholic authors (Taparelli d’Anzeglio and Rosmini) and two papal encyclicals (Quadragesimo anno and Divini redemptoris). This is where he went wrong. The form of social justice Hayek was attacking was quite different from the Catholic understanding of the term.

So what does social justice mean?

In the 19th century, social justice became a new term for an ancient concept. It is that form of justice by which all individuals and institutions in society direct their conduct towards promoting the common good of the community. As a result, social justice has sometimes been called “common good justice”.

Social justice is a virtue whereby we work purposefully to promote the moving of the whole society to a state of perfection. The responsibility for social justice lies with the individual, the family and all institutions such as charities, the city, businesses, the state and to international society as well as to the Church.

A good, and topical, example of the domain of social justice would be in relation to discrimination. Let’s take the example of an employer who decides not to take on a male worker because he is black. The employer probably does not offend commutative justice because no contract is broken. There might not even be any offence against distributive justice if the man can get a job with another company at the same wage (which in a well-functioning labour market might well be possible). But there is no doubt that the discrimination would be a sin and undermine the common good. The individual has sinned, but he also has an effect on the culture of society as a whole. Society’s common life is undermined.

Bribes used to gain entry to a university or corruption in public life are also offences against social justice because they are actions that are orientated against the common good of the whole society. They may, in fact, harm no?particular individual?and they may or may not be illegal and they may or may not offend other aspects of justice.

The object of social justice is society as a whole but, all individuals and institutions within society are responsible for promoting social justice. Social justice exists to facilitate the flourishing of the whole of society with us all playing our part using our God-given talents in the range of institutions to which we belong to try to bring the world to perfection.

I do believe that Hayekian thinking in economics deserves attention from Christians. Indeed, Hayek brought the Iberian Catholic late scholastics into his Nobel Prize lecture, describing them as “those remarkable anticipators of modern economics”.

Nell-Breuning argued that: “Quadragesimo anno finally and definitively established, theologically canonized, so to speak, social justice.” Given these words, perhaps it is not surprising that Hayek would address the Catholic Church’s development of the idea. with such seriousness – even if he got the wrong end of the stick. Nell-Breuning said that it was our duty to study social justice, according to the strict requirements of scientific theology, and “give it its proper place in the structure of the Christian doctrine of virtue on the one hand and the doctrine of rights and justice on the other”. I am not convinced that this has happened. Indeed, despite living a long and intellectually productive life (coincidentally living almost at the same time as, and sometimes close to, Hayek), Nell-Breuning did not really shed much more light on the intended meaning of social justice in the encyclical which he drafted. That is a pity.

But I do think that, when Catholics talk about social justice in common parlance, we get it right: we know social justice when we see it, even if we cannot always define it. We discuss issues such as trafficking, migration, corruption and the treatment of prisoners as being matters of social justice – and that is correct.

I do believe that Hayekian thinking in economics deserves attention from Christians. Indeed, Hayek brought the Iberian Catholic late scholastics into his Nobel Prize lecture, describing them as “those remarkable anticipators of modern economics”. His scholarly programme was largely based on his understanding of the limitations of human knowledge: Christians can surely learn something from this. In addition, unlike many free-market economists, he very much focused on the role of the individual embedded within a complex social order. There is a richness that you do not get with Milton Friedman – and certainly not Ayn Rand.

But the social justice question is another matter. The debates about social justice between the likes of Rawls, Hayek and Nozick are important. But, despite the use of the same terminology, they are, intrinsically, about different matters from social justice in the Catholic tradition.