In this further article on Fratelli tutti, the concept of global governance, which is a recurrent theme of papal encyclicals and other Church documents, is discussed. It is reproduced by kind permission of the Catholic Herald where it was first published. 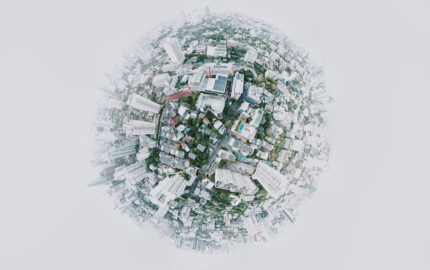 Whenever the idea of global governance is mentioned in a Vatican document, there is a flurry of debate with embedded positions being taken, especially amongst those who fear that a world superstate is being proposed. But, if anything, this is a subject where nuance should predominate.

The role of government is to promote the common good and human dignity. We are one humanity and so ultimately there is a global common good. As such, it would be odd if the institutions that we need for its promotion stopped at arbitrary national boundaries.

There is no doubt that human dignity and the common good are impaired by, for example war, human trafficking or by belligerent dictators pillaging their own peoples. It should not be surprising or threatening to argue that global institutions can help us address these problems. Is there not a widespread consensus, for example, for war crimes tribunals?

The state has crucial functions, such as keeping the peace, maintaining well-functioning court systems, ensuring property is protected, and so on. If the state does not do these things, there is no possibility of society thriving. But the state should, to use a modern phrase “stick to its knitting”. Perhaps this principle of subsidiarity has been emphasised insufficiently in recent social teaching documents, but it is still latent and still fundamental.

The idea of global institutions is not a sudden fascination of Pope Francis. It was the school of Salamanca in the 16th century that helped systematise the idea of universal human rights. And this surely underpins the case for global institutions. In formal Catholic social teaching documents, strong and consistent calls for forms of global governance have appeared since Pacem in terris, published by Pope John XXIII in 1961. Indeed, arguably, it was in that document that the strongest calls for specific global organisations with strong powers was made.

There was an interesting aspect to this debate when Pope Benedict published Caritas in veritate in 2009. In the English translation of that document it was stated: “there is a strongly felt need, even in the midst of a global recession, for a reform of the United Nations Organization, and likewise of economic institutions and international finance, so that the concept of the family of nations can acquire real teeth.” In the other translations it was suggested that there needed to be a “real concreteness” to the idea of the family of nations.

The mistranslation found its way into the English version of Fratelli tutti, published at the beginning of the week.

…Pope Benedict emphasised that the principle of subsidiarity must apply in order not to create a “universal power of a tyrannical nature”.

Immediately after calling for “real concreteness” however, Pope Benedict emphasised that the principle of subsidiarity must apply in order not to create a “universal power of a tyrannical nature”.

And it is in this spirit that Pope Francis continues the discussion in Fratelli tutti. It might be thought that, in an encyclical that used the words “universal”, “global” or “international” well over 100 times and that was intensely political, teaching on global governance would be taken further. If anything, Pope Francis was more cautious than his predecessors.

He states that, though we need international governance, it need not be a personal authority. He praises institutions founded on inter-state co-operation. And in discussing the purpose of international institutions, Pope Francis focuses on the protection of fundamental human rights, justice and the promotion of the rule of law. The encyclical warns against international institutions being captured by particular interests, by a small number of states or by particular cultural norms. It also praises the many civil society institutions that are developing on a trans-national basis working to promote human rights and human development.

Practical experience suggests good reasons for concern. The World Health Organization has hardly covered itself in glory in the current pandemic perhaps for the reasons Pope Francis outlines. And surely, the Church must abhor the strength of the pro-abortion culture within the UN – an organisation that is supposed to be committed to justice and peace. It could also be added that the place of international regulatory institutions in finance, in favour of which the Church’s pronouncements have been most consistent and concrete, can certainly be questioned. When it came to the financial crisis, if anything, they made the crisis more likely and its effects worse.

Even the most ardent Catholic Brexiteer would accept that there should be some role for institutions beyond the nation state. But what should those institutions look like? In the spirit of the encyclical, perhaps the dialogue should begin.

Photo by Joshua Rawson-Harris on Unsplash