In a recent letter, Pope Francis suggested that we consider the provision of a universal basic wage. In this article, which summaries an article that will appear in Pastoral Review in the autumn, we ask “Should the Universal Church support a universal basic income (UBI)?” 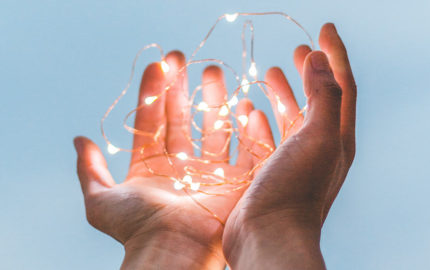 Published on Easter Sunday 2020 and issued to “Brothers and Sisters of Popular Movements and Organizations”, Pope Francis’ letter said:

“Street vendors, recyclers, carnies, small farmers, construction workers, dressmakers, the different kinds of caregivers: you who are informal, working on your own or in the grassroots economy, you have no steady income to get you through this hard time…This may be the time to consider a universal basic wage which would acknowledge and dignify the noble, essential tasks you carry out.”

This statement received a huge amount of attention. This was not surprising given that the question of a universal basic income is widely discussed in the secular world. Interestingly, the Director of Cafod, Christine Allen, also proposed this idea writing for The Tablet.

A universal basic income is an income given to all citizens by government, funded from taxation. It is universal in that it is given to all individuals even if they are members of well-off households. It is also unconditional.  Its payment is not linked, for example, to a requirement to be available for work or contingent upon some misfortune such as illness or disability.

It is often suggested that the idea first appeared in St. Thomas More’s Utopia, which might give Catholics a hook on which to hang it. However, he really proposed, it is normally assumed, earnings top ups for poor households. A universal basic income, on the other hand, means that the state is giving the first slice of income to people no matter how rich or how poor they are. In fact, the origins of the idea are normally traced to Robespierre, Montesquieu, Thomas Paine and Thomas Spence, none of whom were exactly friends of organised religion. In the modern era, Bertrand Russell popularised the concept. It is often suggested that Milton Friedman and F. A. Hayek were supporters too, but this a mis-reading of their views. There have, though, been other modern economists who have supported a universal basic income on the grounds that it would simplify the welfare system.

In modern political life, the idea has been proposed by the Green Party and also by former Labour Shadow Chancellor, John McDonnell. And there have also been some so-called experiments which are frequently referred to. One of these was in Finland. However, the experiments really shed no light on the subject at all. An article in New Scientist, for example, argued that a universal basic income experiment in Finland increased the wellbeing of its recipients. But the payment was far from universal. The experiment involved just 0.5 per cent of the population receiving the income and it was therefore a net transfer from the other 99.5 per cent of the population. It is therefore not surprising that such transfers improved the wellbeing of their recipients.

How might we view the idea of a universal basic income through the lens of Catholic social teaching?

In the tradition of Catholic social thinking, we regard individuals as living within families and wider social circles. Distributive justice, by which the goods of this world are divided according to appropriate criteria, occurs first within the family. If there is more than one adult in a family setting (and in some cultures there may be several adults over several generations) one or more adults might partake in paid work whilst others work in the home. Children and older people may be unable to work at all. Whilst the state has a role to play in distributive justice, it is within the family that distribution first takes place. There are, of course, sad exceptions where individuals within households are unjustly treated and where the state must intervene. However, the starting point should be that those earning money within the household share their resources with family members who are not earning.

A universal basic income does interfere in the family by taxing some families who may not be well off in order to provide an income to individuals who may have no market income but who may live in well-off families.

This is why, in most welfare systems, assistance to the poor is given at the level of the family and only if it is needed. That approach seems to accord with Catholic social teaching on the social nature of the person and also with the principle of subsidiarity whereby the state should not intervene unless there is a pressing need. A universal basic income does interfere in the family by taxing some families who may not be well off in order to provide an income to individuals who may have no market income but who may live in well-off families.

This approach is emphasised in Rerum Novarum (14) when it describes the limited circumstances in which the government should help families: “True, if a family finds itself in exceeding distress, utterly deprived of the counsel of friends, and without any prospect of extricating itself, it is right that extreme necessity be met by public aid, since each family is a part of the commonwealth”.

Of course, Catholic social teaching does not remain static. It responds to the signs of the times. In recent decades, it has been more approving of the welfare state, though with the participation of a wide range of civil society groups and with reservations. But Catholic social teaching has never suggested that the state should go beyond providing contingent help to families in need or beyond supporting welfare institutions within civil society that do the same. The concept of an unconditional income to every individual would definitely be a radical innovation in Catholic teaching without any obvious roots.

Catholic Labour MP Jon Cruddas shares that concern describing the idea as “the ultimate triumph of the individual, completely freed from any social institution.” He also points out that a universal basic income explicitly and unconditionally rewards people who choose not to work. Indeed, this is regarded as an advantage by many modern proponents of the idea. It is difficult to square this with Catholic social teaching on the importance of work.

The problem that Pope Francis identified of large numbers of workers in precarious employment in receipt of irregular incomes is a very serious one. In states where this is a problem, it is difficult to imagine that the fiscal infrastructure would exist to raise sufficient in taxation to provide a universal basic income in any case. We do need to turn our minds to this problem, but perhaps the solution lies elsewhere.