Price transparency and visibility are vital components of consumer protection in fair markets: laws and regulations protect consumers’ rights by requiring businesses to ensure their prices are visible and transparent. This is especially important when people purchase complex financial products. However, when it comes to tax, the term ‘tax transparency’ has come to signify exclusively the transparency of taxpayers’ financial affairs (referring to initiatives such as cross–national exchange of tax–related information by tax authorities), while transparency of the tax burden borne by individuals themselves receives little attention. Most people are not aware of the total amount of tax they pay and studies show that they under-estimate the amount of tax they pay substantially. 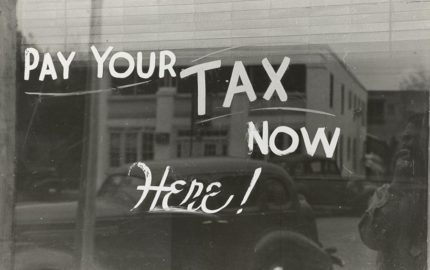 Catholic social teaching is very clear that taxation is justified for various reasons. However, whatever the tax burden, there are sound moral and economic reasons why transparency should be a desired characteristic of the tax system. From a moral standpoint, transparency is intertwined with truth and honesty, which are key values of a good society. Truth is among ‘the fundamental values of social life’ identified by the Compendium of the Social Doctrine of the Church, in which it is pointed out that ‘Living in the truth has special significance in social relationships’, and suggested that ‘the unscrupulous use of money raises ever more pressing questions, which necessarily call for greater transparency and honesty in personal and social activity’. Pope Benedict XVI noted in Caritas in Veritate that transparency and honesty are among the ‘traditional principles of social ethics’ which ‘cannot be ignored or attenuated’. Thomas Aquinas made clear that we should not deceive others when we sell them something.

Tax transparency is also important in relation to promoting an awareness of solidarity, gratitude and human dignity: more fiscal transparency would help uncover the full extent of society’s mutual ties financed by taxation, and allow recipients of ‘free’ public services to become empowered as consumers and be aware of their cost.

In the social teaching of the Catholic Church, the importance of transparency is stressed in the context of the financial sector, as well as more generally in relation to market activities. Yet given the universality of social ethics, transparency should also play a significant role in non–market transactions. That is the tax that we pay should be transparent. After all, taxation is the price citizens pay for shared services provided by the government. Tax is at the heart of how societies function, and its importance has led fiscal sociologists Martin et al. (2009, p. 1, emphasis in original)[1] to proclaim that ‘In the modern world, taxation is the social contract’. Taxation accounts for around 40 per cent of national income in the UK. It shapes how we organise and finance the provision of healthcare, welfare, old age pensions, police, and other public services. The tax system is also used to promote activities that the state views to be vital to society or deter activities that it seeks to correct as problematic.

Tax transparency is also important in relation to promoting an awareness of solidarity, gratitude and human dignity: more fiscal transparency would help uncover the full extent of society’s mutual ties financed by taxation, and allow recipients of ‘free’ public services to become empowered as consumers and be aware of their cost.

From an economic viewpoint, transparent market prices allow consumers to evaluate the available alternatives and to make the best decisions given the available information and circumstances. For a similar reason tax transparency is important in order for democratic decision-making to function properly. Consumers should also be aware how much they pay in indirect tax, which is hidden in the prices of goods and services. For example, when a consumer purchases an item costing £100, they are making a contribution of £17 in tax. This and other indirect taxes are not widely understood, at least in terms of their magnitude. The Annual Tax Summaries sent by the HMRC would lead somebody earning £11,000 annually to believe they pay just under £200 in tax (employee’s national insurance), when in fact they are likely to be paying around £2,000 in tax (including VAT, Fuel Duty, Alcohol Duties, and Council Tax), or even more (if other taxes passed on to consumers, such as Corporation Tax and Business Rates, were included). Such opaqueness precludes individuals, especially those with low income, from realising their actual self–worth as taxpayers. Politicians deliberately try to hide the cost of increases in taxation often using devices that have become known as “stealth taxes”.

It is legitimate for Christians to hold (perhaps widely) divergent views on the amount of tax we should pay. However, it is surely right that all understand how much their contribution is.

Pope Benedict XVI deemed that ‘The economic sphere […] is part and parcel of human activity and precisely because it is human, it must be structured and governed in an ethical manner’. Taxation is part of the economic sphere. Thus, the principles of transparency, truth, and honesty that the Church sees as vital for market transactions, should also be the guiding light when it comes to taxation.

Are we finally waking up to the population implosion?

Catholic teaching on usury and interest – continuity amidst change

Competition and co-operation – they are not alternatives
ShareTweet
Subscribe