Home » Articles » The family, the common good and government

St. Mary’s University continued its series of events on the Common Good, working with Caritas Social Action Network, the Centre for Social Justice and Together for the Common Good. The first event in the series can be watched at: https://www.youtube.com/watch?v=23N5rqHn7FI and the second event on The Common Good and the Family will be available from the youtube channel shortly. Below is Cristine Odone’s contribution to the second event. 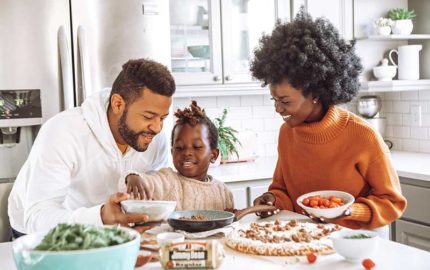 The ideal of the Common Good animates the work we, at the Centre for Social Justice (CSJ), carry out as policy advocates. We strive to achieve an agenda that sees everyone flourishing – from the most disadvantaged to the most fortunate. This means an agenda that has relationships at its heart. And that recognises that the individual is not only sacred and unique but also social and connected.

Where better for this ideal to play out than in the family? The family offers a blueprint for all relationships. Or, to quote Pope Francis, the family is the nearest hospital, the first school for the young, the best home for the elderly.

It is also the most powerful engine for the common good. Supporting the family and encouraging its formation, are the key elements of a social contract between the polis and individual citizens.

…the individual is not only sacred and unique but also social and connected.

But for decades that social contract has been fraying. Can we honestly say that society – more specifically the state – supports the family, allowing its members to flourish? We cannot.

The State has placed the individual — not the family — centre stage. It is now all about me, not we. The state prizes individuals as consumers and taxpayers rather than as parents. It has made divorce easier and quicker to obtain. It has failed to support families that seek to look after their most vulnerable – the very ill and the very old.

The State has placed the individual — not the family — centre stage. It is now all about me, not we.

Having a family no longer counts for much. As a family member, little is expected of you, and little is given to you.

The result is that families are breaking up and breaking down — leaving in their wake generations of alarming statistics. As the CSJ has shown, a child whose family broke down before they turned 18 is twice as likely to be abusing substances, suffer poor mental health, and end up homeless. They are almost twice as likely to end up in jail, and in debt.

This catalogue of horrors – not to mention of costs – is explained by neuroscience: the study of attachment, adverse childhood experiences and trauma all show that the brain is a social organ. Its functioning is dictated by caring connections: is malfunctioning by neglect and abuse.

Science, as well as sense, suggest that in seeking the common good, the state should invest in the one place where a nexus of positive relationships can be forged.

Think of the unhappiness spared, the money saved, the votes won if we could support the family as a simple social enterprise.

So, what can we do? How can we become a more family friendly Britain?

Here are three policies for change – each one aims to rattle the materialistic view of individuals, society and the common good that seems to prevail in Westminster.

So that is three very concrete policies; three relatively easy and inexpensive steps for government to take. But will they? Will the government have the foresight to see that a parent who brings up a child benefits society more than one who holds down a job?

Will it have the imagination to see that family hubs can become a building block of local communities? And will it have the gumption to ignore the ideological bogey man that says “family is off limits” for politicos and policymakers?

Or will it join the many regimes that have failed the family – from Plato’s imagined Republic to the very real dictates of Marxism which saw (and I quote Engels here) the family among the upper classes as an “inhuman corrupt commercial arrangement and among the lower classes as non-existent.” Even some of the Church fathers viewed the family unit with suspicion – celibacy St Paul warranted, was far superior.

I don’t now whether the occupants of Downing Street today are wiser than St Paul – or Plato, indeed. But I do recognise a subversive quality in our Prime Minister – and here is an opportunity to overturn the materialist mission of the bienpensants by embracing instead the sacred, spiritual and loving nucleus that is the family.

Photo by Jimmy Dean on Unsplash

The Common Good: What does it Mean?

The Common Good: What does it mean?’