Home » Articles » The truth and freedom

It appears so simple: whoever believes he holds the truth is a threat to freedom. Or, as was stated in Centesimus annus by John Paul II: “…those who are convinced that they know the truth and firmly adhere to it are considered unreliable from a democratic point of view since they do not accept that truth is determined by the majority, or that it is subject to variation according to different political trends…” (Centesimus Annus, 46). 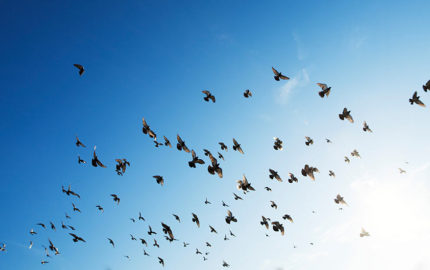 It is a frequent refrain that: “Anyone with a particular conviction about the good for human beings will naturally be inclined to get the power of the state behind it”.[1] Or, as Rawls put it:

In this context, the Vatican II text Dignitatis humanae is an inexplicable eccentricity. In its introduction it is affirmed:

government is to see to it that equality of citizens before the law, which is itself an element of the common good, is never violated, whether openly or covertly, for religious reasons.

At the same time, the document declares:

that the human person has a right to religious freedom. This freedom means that all men are to be immune from coercion on the part of individuals or of social groups and of any human power, in such wise that no one is to be forced to act in a manner contrary to his own beliefs, whether privately or publicly, whether alone or in association with others, within due limits”

and that “the right to this immunity continues to exist even in those who do not live up to their obligation of seeking the truth and adhering to it and the exercise of this right is not to be impeded, provided that just public order be observed” (Dignitatis humanae, 2)

and, therefore, the document continues:

government is to see to it that equality of citizens before the law, which is itself an element of the common good, is never violated, whether openly or covertly, for religious reasons. Nor is there to be discrimination among citizens. It follows that a wrong is done when government imposes upon its people, by force or fear or other means, the profession or repudiation of any religion, or when it hinders men from joining or leaving a religious community (Dignitatis humanae, 6).

If we seek to understand the idea behind this text it will allow us to comprehend how the connection between truth and freedom actually suggests a relationship of mutual promotion. The Second Vatican Council proclaimed the truth whilst affirming the same right for all persons and the illegitimacy of any kind of coercion to impose religious truth.

Last year, the International Theological Commission published a document called Religious Freedom for the Good of All: Theological Approaches and Contemporary Challenges. This letter developed an insightful analysis of Dignitatis humane and criticised “certain liberal concessions of the modern State” (4); to “the alleged neutrality of a political culture which declares that it wants to build on the formation of purely procedural rules of justice, by removing all ethical justification and all religious inspiration” (5). Dignitatis humanae is a document that, without renouncing the truth in religious matters, is able to articulate a solid justification for political and religious freedom. Properly understood Catholic social thought therefore shows us that it is definitely not a universally recognised truth that those who are in the possession of the truth feel inclined to impose it on others through coercive force and, in particular, through the power of the state. There is, however, no contradiction between this position and the requirement that law and justice should be religiously inspired. Indeed, the requirement for religious freedom is itself inspired by our understanding of religious truth.

Photo by Rowan Heuvel on Unsplash

Freedom to speak and to pray