Home » Articles » Freedom to speak and to pray

This post by Philip Booth considers freedom of speech, conscience and religion in the context of specific laws in the UK which allow a great deal of administrative discretion in restricting those freedoms. 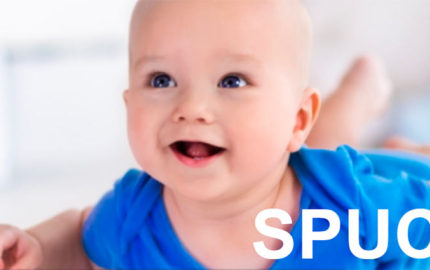 Freedom of speech tends to be regarded as a fundamental human right and is protected in many constitutions. It is intrinsically linked to freedom of conscience, to worship and to pray.

The Catholic Church outlined its teaching on this issue very clearly in Dignitatis Humanae, one of the documents of the Second Vatican Council. Freedom of speech, prayer, religion and conscience are also widely accepted and enshrined in secular constitutions including in the UK’s own human rights legislation. They are not, though, honoured in practice when it comes to Christians. There are many examples that could be used in this article, but we will focus on “Public Space Protection Orders” (PSBOs).

Under the Anti-social Behaviour, Crime and Policing Act 2014, local authorities can prohibit activities within a specific space if the local authority believes that the activity is detrimental to the quality of life of the local community. The order can be renewed an indefinite number of times, prohibit or require any activity and be applied to any area the local authority chooses. The local authority only needs to have “reasonable grounds” for its action. This is a very low bar for a potentially very serious prohibition.

A PSPO has been used by the London Boroughs of Ealing and of Richmond to prohibit prayer in a public space. They arose because, after some years of peaceful prayer vigils outside an abortion centre in Ealing, a series of demonstrations was launched against those holding the vigils. The group organising the counter demonstration then raised a petition to have the vigils banned. The council subsequently issued a PSBO prohibiting “protesting, namely engaging in any act of approval/disapproval or attempted act of approval/disapproval, with respect to issues related to abortion services, by any means. This includes but is not limited to graphic, verbal or written means, prayer or counselling…”.

This explicitly prevents individuals from praying, even silently in an open space (something highly unusual outside a communist dictatorship), or speaking to individuals about alternatives to abortion or offering support as they approach the clinic. The High Court and Court of Appeal upheld the Ealing PSPO on the ground that those who wished to be outside the clinic undertaking the prohibited activities: “had a detrimental effect on the quality of life of those visiting the centre which was, or was likely to be, of a persistent or continuing nature.” (Dulgerhiu versus London Borough of Ealing).

Interestingly, Dulgerhiu herself took the case because she would have aborted her own baby had it not been for a vigil outside the clinic which she visited. This raises questions about whether such vigils necessarily only have a detrimental effect. An individual who was part of the vigil simply provided a leaflet offering practical assistance to Dulgerhiu if she did not abort her baby – help which was subsequently necessary. It therefore widened her options and addressed one of the concerns that often lead pregnant women to seek abortions.

One principle that secular liberals would often use in relation to whether activities should be banned would be J. S. Mill’s “harm principle” by which government intervention is regarded as justified to restrict actions only if those actions harm others. Indeed, whilst neglecting the harm done to the unborn child, such a justification is often used for legalising abortion in the first place. Christians might use different criteria, but it is interesting to consider the standard that secular society itself tends to use. In framing his harm principle, Mill specifically included inciting violence as part of the harm principle (that is the state should intervene to stop people inciting violence), but he specifically excluded hurting the feelings of others (the state should not stop people from hurting others’ feelings). The activities that are prevented by the PSBO (prayer, handing out counselling leaflets or holding up posters) neither incite violence nor cause physical harm. As noted above, whether they hurt the feelings of others or actually help others psychologically is also debatable: maybe they do both.

The Secretary of State for the Home Office rejected an attempt effectively to make PSBOs nationwide around abortion clinics and pointed out that there was existing legislation available to deal with problems that any protests may cause:

In making my decision, I am also aware that legislation already exists to restrict protest activities that cause harm to others. For example, under the Public Order Act 1986, it is an offence to display images or words that may cause harassment, alarm or distress. This Act also gives the police powers to impose conditions on a static demonstration if they believe it may result in serious public disorder, serious damage to property or serious disruption to the life of the community or if the purpose of the assembly is to intimidate others. There are also offences under the Protection from Harassment Act 1997 when someone pursues a course of conduct which they know will amount to the harassment of another person.

This legislation both protects free speech and prevents intimidation. It has also been tested in the courts.

It is interesting that those who support restrictions on free speech often begin by respecting the right to free speech, but then argue that it is a qualified right and use as their cited qualification the language that appears in the Public Order Act. For example, Mayor of London, Sadiq Khan has said: “The right to peaceful protest must be respected, but we must never tolerate behaviour that seeks to deliberately harass and intimidate women” and Raj Chada, criminal defence lawyer and protest specialist at London law firm at Hodge Jones & Allen, argues that the arguments against buffer zones are “erroneous” because “The right to free speech is a qualified right, but when your actions harass or intimidate others, then your right to free speech can be curtailed”. The kind of actions cited by Khan and Chada, however, are already illegal under the Public Order Act and the Protection from Harassment Act and case law has already established the meaning of these words. So their points are irrelevant to a debate about PSBOs. Perhaps lawyers should understand that.

PSBOs have removed freedom to protest, speak, stand and hold placards, give out leaflets or even pray silently without being subject to arrest and prosecution and they can be imposed at the discretion of administrative officers with a very low bar of proof. As such they are illegitimate instruments of law and restrict freedom of thought, speech and conscience that are outlined in Dignitatis Humanae and enshrined in many secular constitutions.

The truth and freedom