Home » Articles » Is it unethical to not support higher taxes?

Some would say that the National Insurance hike of 1.25% for each of employers and employees, Boris Johnson seems to have all but erased the (already thin-wearing) conservative ideology found within the Conservative party. However, there are some broader debates that we should be having that do not cross party lines. 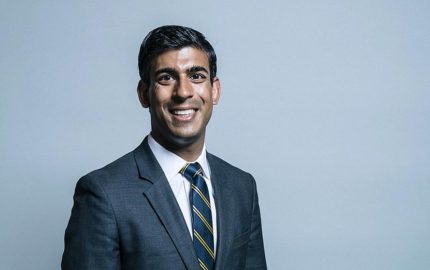 Let’s give Boris the benefit of doubt and assume that the NI increase was the only feasible way to raise the necessary funds for the NHS and other public expenditure. After being accused of breaking the Tory manifesto pledge on taxes he admitted that, “…a global pandemic wasn’t in our manifesto either”.

Yet it is curious that the tax increase was solely on NI contributions (effectively a tax on jobs), and no change to Income Tax or VAT – why is this? The answer is perhaps more driven by politics than it is by economics. The clue is in the name – the public are more inclined to see NI contributions as exactly that, a ‘contribution’ to the post-covid recovery effort. This makes taxing via NI is undoubtedly more politically palatable than increasing other means of taxation. In addition, half the levy will be on employers. Although workers are likely to bear the cost of this ultimately, through fewer job opportunities or lower wages, it is almost invisible. If it is deemed necessary to raise taxes, should an ethical government not raise money in the most transparent and visible way possible and justify its case?

Perhaps the lack of transparency was the main reason there was little to no revolt among Tory MPs. A YouGov snap poll found that Britons are split 44% to 43% on raising National Insurance by 1.25% to pay for NHS and social care. That could be seen as a favourable result given that it was an explicit break of a manifesto promise.

“…this raises more profound questions: why is tax viewed as an act of seeming benevolence in promoting the common good? Indeed, is it desirable for government to be seen as both the go-to de facto and de jure agent in alleviating society’s ills?

Nonetheless, this raises more profound questions: why is tax viewed as an act of seeming benevolence in promoting the common good? Indeed, is it desirable for government to be seen as both the go-to de facto and de jure agent in alleviating society’s ills?

I recently returned from a conference where, among other topics, we discussed the common assumption in Britain that being inclined towards higher taxes and government spending makes a person more ethical or moral. Conversely it tends to be assumed that being inclined towards a smaller state, and emphasising individual freedom and responsibility, necessarily makes a person any less emphatic and moral.

Traditional liberal theory challenges this premise by starting from the level of each individual’s moral duty and agency. Only by transforming the individual can we talk about real and profound positive change at a societal level.

The ‘father of Liberalism’, John Locke developed his moral philosophy by drawing life’s pursuit back to personal motives first, and collective motives second (or in consequence). In An Essay Concerning Human Understanding he recognises the utmost importance of morality:

“Morality is the proper Science, and Business of Mankind in general. […] The Skill of Right applying our own Powers and Actions, for the Attainment of Things good and useful. The most considerable under this Head, is Ethicks, which is the seeking out those Rules, and Measures of humane Actions, which lead to Happiness, and the Means to practise them. The end of this is not bare Speculation, and the Knowledge of Truth; but Right, and a Conduct suitable to it.” (The Essay, IV xxi-ii 3-11)

It is the individual’s innate gifts and abilities that are best suited in the achievement of what Locke refers to as “happiness”, or in broader terms the good, fulfilled life. Yet even Locke recognises that this sense of moral responsibility is a duty, not a given – something that each individual must develop through their own intellectual analysis and evaluation. Moral truths a “…man can attain by himself and without help of another, if he makes proper use of the faculties he is endowed with by nature” (An Essay, Book IV xx 2).

It is dangerous to conflate Lockean thinking with Christian social thought (still less Catholic social thought). However, there is an important insight here.

A free society allows individuals to respond to their conscience, take the unique responsibility that belongs to them and act to permeate a moral conscience more broadly within society. This includes promoting action at every level which would solve many of the problems we now “delegate” to the state.  Whilst we need a state to step in when all else fails, it should not be automatically assumed that, if somebody supports less, rather than more, government when it comes to the provision of welfare that they are somehow less “ethical” than somebody who believes that government should take primary responsibility for welfare: charity is not synonymous with taxation and society is not synonymous with the state.