There is a temptation to play down those aspects of Rerum novarum which related to private property. This encyclical was really about labour, it is argued. Or it is suggested that the right to property is only a secondary right subject to the universal destination of goods and therefore not important. Still others say it was an encyclical that, in this respect, reflected its time – a period when the Church’s property was under attack from extreme socialists. 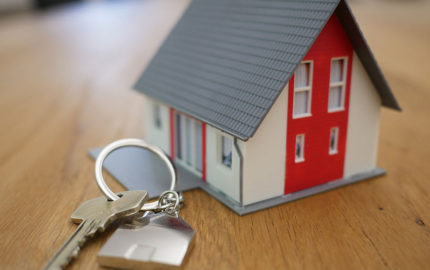 These arguments are all superficial or wrong. The word “property” appears in Rerum novarum 20 times and the words “private ownership” another six times. Not only are the words used in a positive sense, but private property, we are told, is inviolable and sacred. We should not deny, diminish or try to falsely contextualise what was a key part of the encyclical Rerum novarum.

We should also bear in mind that the right to property was woven into the fabric of Rerum novarum as essential for human dignity, for the common good and for human development. And, if we look at the security of property rights in different countries of the world today, we can see how prophetic Pope Leo XIII was. Bottom of the indices for the private property rights are countries such as The Yemen, Haiti, Venezuela, Angola and Nigeria. Top are Scandinavian countries, the Netherlands, and so on. Those countries at the bottom are very violent places where human dignity is always under threat. St. Thomas was right, private property is essential for a peaceful order.

St. Thomas was right, private property is essential for a peaceful order.

So, what did Rerum novarum have to say?

Firstly, it made a very strong claim for the natural right to property. In the early paragraphs, Pope Leo argues that, because property is accumulated out of savings from wages which the prudent family has put aside, to take away property is, in effect, to deprive the family of its wages which are now in another form.

The document states that “every man has by nature the right to possess property as his own” and moves on to make the case that, because of our ability to reason, unlike other animals, we should be able to have permanent and stable possession of land and property: that way, property can continue in productive use. This is a point that should be developed in relation to conservation and the environment in modern Catholic social teaching.

It is then stated explicitly that the Catholic Church’s teaching on the universal destination of goods is not a bar to the ownership of property. The idea of the universal destination of goods does not mean that all people must be able to access all goods: private ownership is a practical way to apportion the goods of this world. The principle of private property is described as having been consecrated down the ages and “pre-eminently in conformity with human nature and as conducing in the most unmistakable manner to the peace and tranquillity of human existence.”

It is also clear that Pope Leo XIII regards property rights as a pre-condition for raising the status of the poor: “The first and most fundamental principle, therefore, if one would undertake to alleviate the condition of the masses, must be the inviolability of private property.”

As well as private property being a practical way to apportion the goods of the world, the principle of the universal destination of goods is also brought to reality by the just treatment of workers and by charity. The language used in Rerum novarum is very strong: “Whoever has received from the divine bounty a large share of temporal blessings, whether they be external and material, or gifts of the mind, has received them for the purpose of using them for the perfecting of his own nature, and, at the same time, that he may employ them, as the steward of God’s providence, for the benefit of others.”

Rerum novarum did leave the door open to state redistribution of private property in “extreme cases”. However, it is very clear that Pope Leo intends “extreme” to be interpreted literally and not liberally. This was clarified in Quadragesimo anno, in which it was stated that, though private property was to be protected by civil law, the duty to use private property for a social purpose was a duty of other forms of justice related to the virtues and which were not the duty of the state to enforce.

Teaching on private property has been given a more modern edge in later encyclicals. In Pope John XXIII’s Mater et magistra property is defined more widely to include financial capital, human capital, rights within social insurance funds, and so on. There was also a strong emphasis on the development of structures that would enable more people to own property – perhaps the sale of state housing or employer share ownership schemes might come into this category.

Still later documents have raised reservations. Not unreasonably, the question of monopolistic land holdings in post-colonial countries has been brought up. Also, it has been suggested that private property rights might not be sacrosanct when it comes to the protection of the natural environment. These questions are legitimate and should lead to a rich vein of work in the sphere of Catholic social thought. On that second issue, however, the jury really has come back in. The institution of private property and its upholding through effective policing and justice systems is essential for the protection of the environment. We care about that which we own. The environmental record of countries that have poor protection of property rights is dreadful. To give one example, around half of all deforestation is caused by illegal logging.

Pope Leo’s passion when he writes about private property is evident. It would be wrong to say that he was more right than he ever realised. He probably did realise just how right he was! Today, the economic evidence is very clear. When it comes to the promotion of human dignity and the common good and the realisation of the principles of solidarity and subsidiarity as well as more modern concerns such as the protection of the environment, the institution of private property is vital. There is much to debate in relation to special cases, the nature of the institution in different cultures and how ownership should become a reality for more people. But, when it comes to the basic principle, Pope Leo was right 130 years ago. As Pope John XXIII put it 70 years later: “private ownership must be considered…an indispensable element of a true social order.”

Photo by Tierra Mallorca on Unsplash

Fratelli tutti – the rights and wrongs of private property

Integral human development - not just about the money
ShareTweet
Subscribe