As 2020 ended Pope Francis’s Fratelli tutti called with passion for the world to discover the energy to rediscover ‘lost dreams’. Building on his experience in Buenos Aires and his creation of a Pontifical Commission for Latin America to bring that region into the heart of the Roman Curia, he specifically suggested that a symbol of such a dream was a ‘patria grande’. The idea of ‘patria grande’, of course, has a long history in the Americas: part rallying cry of Simon Bolivar, part lament at the division of what had been ‘Spanish America’ and part radical social and economic project. Like many visions at scale it is fed by multiple sources. 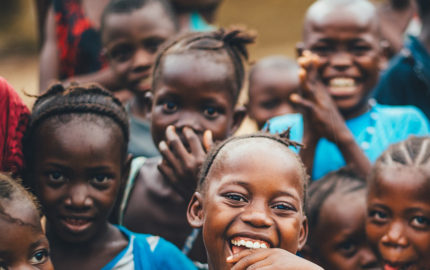 As if in response, though, on New Year’s Day 2021 it was Africa that replied with a new initiative which demonstrated not ‘lost dreams’ but fresh innovation.

After three years of formal preparation, the African Continental Free Trade Area burst in to life. With its secretariat incubated in Ghana, 54 of the 55 states that make up the continent where human life began were on board. Their vision integrated a plan for liberalisation of growth, hopes to enhance human rights, commitments around inclusion and an aspiration to work towards a customs union for the continent. Together, for starters, they had created the world’s largest free trade area by numbers of countries involved. What was notable for Catholic institutions, however, was that its imminent confirmation had not merited a mention in Fratelli tutti.  In fact Africa and its nations have merited only the most fleeting of mentions in any of Pope Francis’s encyclicals.

Africa’s population is rising. According to the Pew Center 20 per cent of Africans are Catholics and their absolute number will double by 2050 south of the Sahara. Today Africans number over 1.2 billion people.

In some countries, such as Mozambique Catholics constitute over 30 per cent of the population. In the north, Catholics face significant social risks in the aftermath of genocide in Darfur, Sudansese political instability and because of their minority status in other contexts, such as in English-speaking Cameroon, and in geographies close to Boko Haram. Religious orders which are vital educators and health providers are embracing warp speed change as ‘old’ orders free themselves from European control (without sometimes being supported with resources) and new diocesan congregations emerge in response to needs.  Africans comprise around 30 per cent of the world’s Catholics: they have just over 10 per cent of the Church’s cardinals.

Only in 2020 did the Rwandan Catholic Church in the east witness the consecration of its first ever Tutsi cardinal despite the (inter)national wound of its prior complicit role in the 1994 genocide by militant Hutus against Tutsi and other minority groups for which Pope Francis has asked forgiveness for those involved.  Cardinal Turkson has played a significant role in the Curia.

African Catholicism is also living deeply and closely at the interface of relationships with varieties of Islam, the diplomatic power of the People’s Republic of China and the rise of global Pentecostalism. Indeed, notably, there are now more Anglicans in Nigeria than there are people in Britain. Empowering and tense fluxes such as these play into each other there are also new relationships to be negotiated with state bodies many of which have been driving deep decentralisation as a new mode of public service reform. Sometimes such local bodies are then so weak that they are often overrun by strong societies. The Church can both help and hinder such problems.

Meanwhile, from Jesuit initiatives in community radio, to Franciscan care for elders in Angola and mobilisation of ‘Damietta’ peace initiatives in Nigeria; and from the bridge-building role of Bishops in the Democratic Republic of Congo and Zambia to the global contribution of African church leaders and their diasporas to evangelisation, the Church thrives.

But if there is a ‘patria grande’ here (what President Thabo Mbeki used to call an ‘African Renaissance’) it does not emerge from some vaunted post–colonial dream. It is built rather on a conviction that African varieties bring – in the long run – strength and that painstaking work to build new partnerships are worth the effort. It is a unity built on painstaking work and institution building.

With its significant resources, the global Church could do more to assist in this journey on Africa’s terms. Part of that assistance might be the institutional strengthening of the continent’s voice in the heart of the Roman Curia.

More crucially, with the last African nation likely to join the African Continental Free Trade Area, it could be that the Pope looks more to Lagos, Durban, Lusaka, Khartoum, Kinshasa and Kigali for the realisation of his aspirations  than even to his own homeland. Fraternity in the spirit of Fratellui tutti demands it. Africa’s 55 are what matters most next.

Francis Davis is Visiting Professorial Fellow at the University of Oxford and Professor of Public Policy at the University of Birmingham. He has an essay in the forthcoming collection Post Corona Economics: What can we learn from the religious sectors? ed H. Geybels from Brussels Free University Press https://aspeditions.be/nl-be/book/post-corona-economics/18071.htm

Photo by Annie Spratt on Unsplash

Five decades on from Populorum Progressio, have we achieved one world?

Are we finally waking up to the population implosion?
ShareTweet
Subscribe